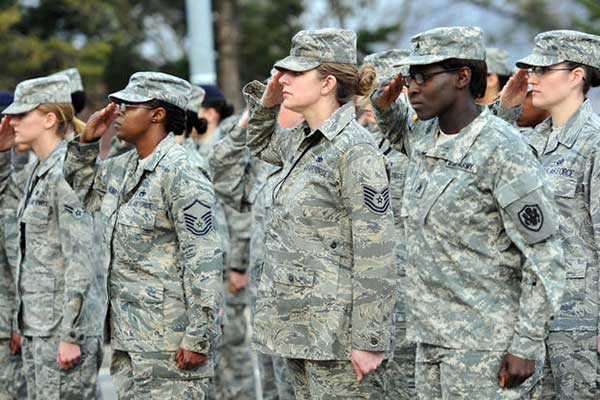 PHOENIX — Governor Doug Ducey proclaimed the week of June 9 – 15 as Arizona Women Veterans Week in recognition of the contributions of women to our nation’s armed forces.

“Arizona is proudly home to 50,000 women veterans,” said Governor Ducey. “Arizona recognizes the vital contributions of women to our armed forces, and we express our gratitude for their service to our country. We honor their tremendous sacrifice and those also made by their families. We can never repay our women veterans for all they have done, but we will continue to support and invest in their health and wellbeing.”

Here is the text of the proclamation:

WHEREAS, on June 12, 1948, President Harry S. Truman signed into law the Women’s Armed Services Integration Act, allowing women to serve as regular members of the military; and

WHEREAS, women have a long and often unrecognized history in providing military service to the United States of America; and

WHEREAS, Arizona honors the tremendous sacrifices our women in uniform have made in order to defend our country; and

WHEREAS, Arizona is home to more than 50,000 women veterans; and

WHEREAS, Arizona recognizes the role of women in the military forces and commemorates the sacrifices and valor displayed by Arizona women veterans.

IN WITNESS WHEREOF, I have hereunto set my hand and caused to be affixed the Great Seal of the State of Arizona

DONE at the Capitol in Phoenix on this twenty-second day of May in the year Two Thousand and Nineteen and of the Independence of the United States of America the Two Hundred and Forty-Third.