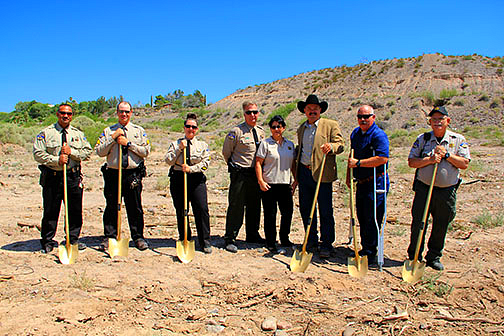 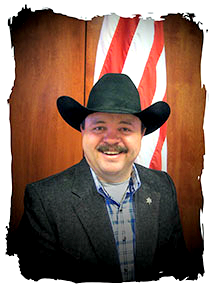 For those who don’t already know, the new jail is being built across the Gila River on 8th Avenue and to the south of Airport Road. This newer facility will be larger than the one functioning now. The basic ground moving has already begun, and the rest of the construction will begin shortly. It will have roughly 280 beds for inmates, and will cost an estimated $16 to $28 million dollars.

When asked on the progress of construction, Sheriff P.J. Allred seemed optimistic. “I think everything is going in front of schedule,” Sheriff Allred stated. The ground breaking ceremony took place on location on June 20th. Although the project includes a roundabout in the street directly after the bridge, the construction on the roundabout hasn’t begun yet. “As far as I know it’s still going to happen,” Allred stated, “I’m not working on the roadway portion. It will not be in before the jail is completed, but as far as I know it is still going to happen. I just don’t know when.”

Many ask why the jail will be located across the river. Ultimately, it  was because it was already owned by the county. Since the project was given a certain amount of money to use, it was better to build the building on land which was already owned by the county. “For the most part, most folks don’t want a facility like that in their yard,” Allred said. “There’s people that live there. And they’re definitely in our thought process of things. And we don’t want bad things happening anywhere in our neighborhoods. No matter whether you live in the downtown area or you live in an outskirt, we are going to protect people the same no matter where they are at. We will do our best to make sure that that doesn’t cause problems.”

There are many other jails in the state of Arizona to examine. Because of this, the plans for this new facility will adhere to a new design of prisoner space. This new design will hopefully reduce the amount of contraband in the jail. “It’s an everyday battle to figure that out, to be able to figure it out and stay on top of it,” Allred stated, “Hopefully with how we are set up it will curb a lot of it. It has to do with inmate flow.”

Sheriff Allred wants to encourage a shift in the public’s perception towards detainment.  According to Sheriff Allred, many people don’t care about the well being of inmates until their loved one is detained. “Lets just care to begin with, and we’ll be all right,” he stated.