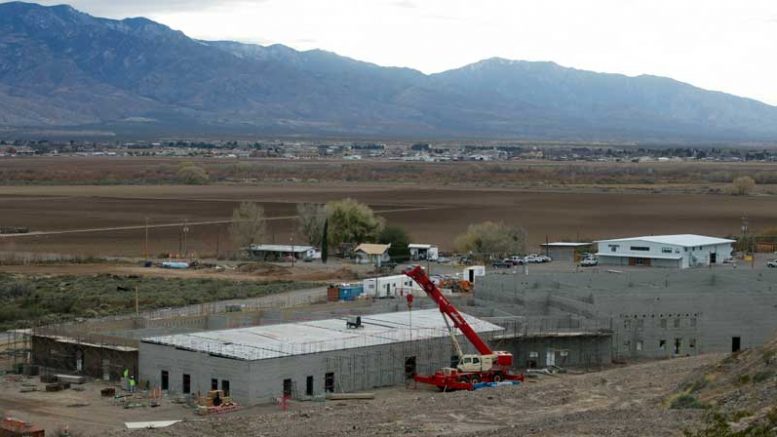 The long-anticipated new Graham County adult detention facility became more than just a pipe dream when voters narrowly approved of a half-cent construction sales tax by 63 votes out of nearly 7,000 cast in the November, 2014 election. Now a giant concrete structure is emerging from the brush north of the Gila River just east of 8th Avenue and south of Airport Road, with a construction timetable slated to be complete by this September.

The news couldn’t be rosier for Jail Commander Tim Graver, who was brought on as commander 12 years ago with the intent of getting a new jail built. The facility is more than just a jail, however, and will house the entire Graham County Sheriff’s Office as well, just like its predecessor. The main difference being the old facility is just 8,500 square feet compared to 68,000 square feet for the new, state-of-the-art facility. The sales tax began July 1, 2015, and is expected to be in effect until July 1, 2040 to pay for the $22.5 million facility. A groundbreaking ceremony was held in June, 2016, and construction began the following month. Graver, who visits the construction site multiple times each day to ensure the product is how he envisioned it, estimated the cost of the secure jail side at about $375 per square foot and the administrative side at about $129 per square foot. 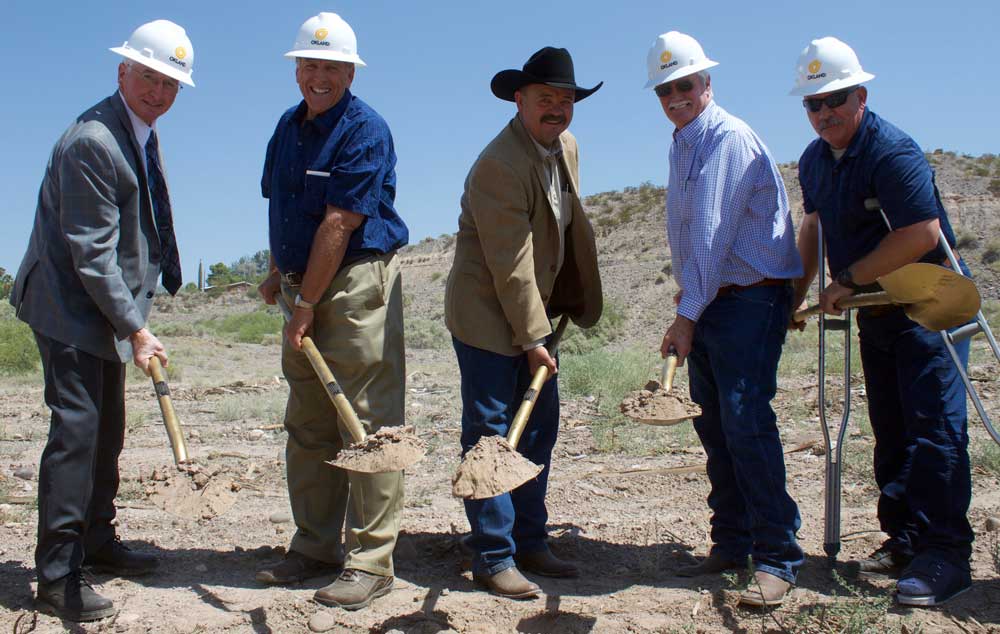 “When they first drew the design up they gave me the jail (and) they proposed the sheriff’s office would be done in the future,” Graver said. “So I could give up enough over there (the secure jail side) to bring this (administrative side) back on and make this all at one time, which was our goal.”

The jail will have three security levels of multi-floor housing units and will have a recreation yard for each housing unit with individual recreation yards for each of the four maximum security cell units. The recreation yards will be encircled by 13-foot concrete-filled block walls with a rubber coated steel mesh ceiling. The interior of the jail features a one-foot concrete ceiling (before roofing materials) as well as solid concrete walls throughout. Additionally, the entire facility will be encircled by a 10 foot fence topped with three feet of barged concertina razor wire. 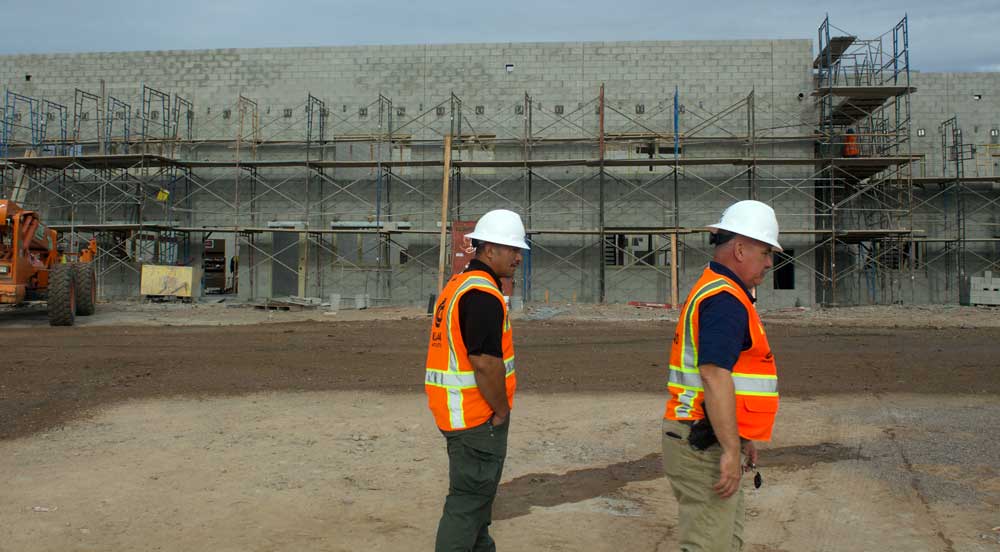 While the jail’s purpose is to house inmates either awaiting resolution to cases or those ordered for a short stay, it will have multiple facilities to assist the inmates, including classroom facilities with smart boards and a medical room complete with a laboratory, pharmacy, lock down room for contagions and exam rooms.

“Our goals and expectations are that we’ll get a traveling dentist that will come in – he’ll bring a chair when he comes – and we will give him an exam room, so there will be no more transporting inmates out for dental,” Graver said.

The jail will accommodate a minimum of 254 inmates and a maximum of 330 inmates depending on if the dormitory-style housing units are double or triple stacked. Graver said even at its maximum capacity inmates will have more space than the current facility, which was built in the 1930s to serve as the garage and maintenance shop for the National Guard Armory vehicles.

“It will still be a lot more room than I have now,” Graver said. “They (the inmates) wouldn’t even notice it.” 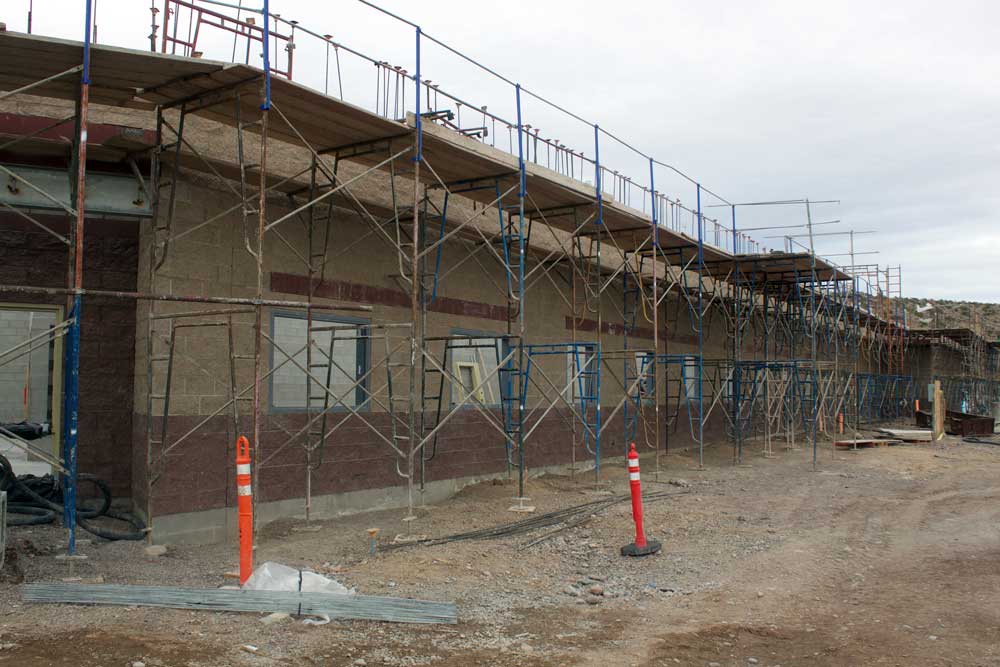 The facility was also designed to easily accommodate up to an additional 120 inmates by an expansion to the west that would include two additional housing units and another guard control pad.

The new facility was designed by DLR Group, and the contractor is Okland Construction, of Tempe. It is an automated, electronic system with multiple guard control pads overseeing separate housing units and will sport 174 surveillance cameras (compared to the current jail’s 39) and will feature a 120-minute assault door that can be shut at the press of a button in case of a riot. With a large, central hallway extending the length of the secure jail side, the facility will be less labor intensive regarding the movement of prisoners to one area to the next, such as checking out a prisoner for a medical appointment or heading to an education class. 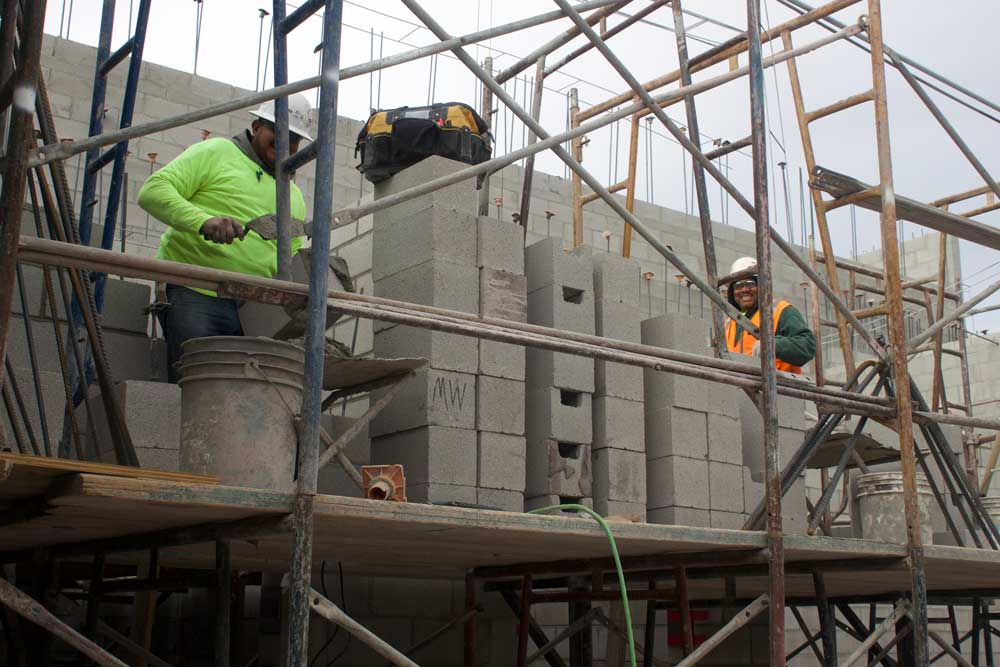 “The jail is designed so I don’t have to escort so many people anymore,” Graver said. “It’s a straight shot all the way down from each housing unit to the end . . . So the only ones who will be escorted will be the maximum security inmates, the high risk ones.”

The jail also features a secure, protective custody wing, large intake/booking area with holding cells for uncooperative people in custody, a drunk tank and a drive-in sally port area for officers bringing in inmates which can accommodate eight police vehicles at once. Additionally, the housing area for work furlough inmates is separated by the other housing units by a solid concrete wall to reduce the possibility of contraband entering the jail.

In addition to the features and housing units of the secure jail side, the new facility also serves as home for the Graham County Sheriff’s Office and will have a variety of amenities for its staff and the public.

The facility will have its own courtroom, where inmates can be adjudicated in person by a judge or by video. The courtroom can also be utilized for church services and other uses when court is not in session. 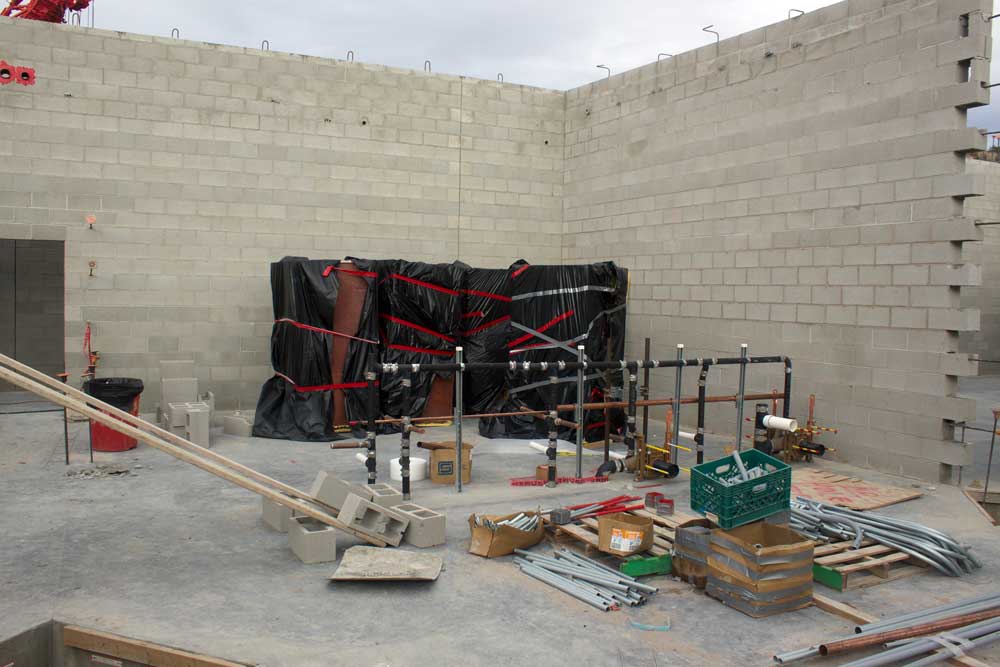 Jon Johnson Photo/Gila Valley Central: Sheriff’s Office and jail staff will have their own locker rooms with showers as well as other amenities.

Attorneys visiting incarcerated clients will have an easy time of it as two brand new attorney visitation rooms are situated off the main entrance to the facility. Next to that are eight stations for public visitations, which will all be done via television screens. That way even those in maximum security can have a visit with no trouble by utilizing a tablet to do so.

The old clock in cards are a thing of the past as well as staff will now have their thumbprints scanned upon arrival and when leaving to sign in an out for the day and be issued their keys.