Brooke Curley Photo/Gila Valley Central: Watch out for the mummy! Mario Marquez, Kristin Flatt and Alex Gonzales (as the mummy) stand beside the sarcophagus. The group made the presentation for "The Mummy" starring Tom Cruise now playing at the Sapphire Cineplex.

SAFFORD- The mummies have invaded the Safford Cineplex just in time for the “The Mummy” starring Tom Cruise.

Many moviegoers thought the intricately wrapped mummy in his shiny sarcophagus was just a mannequin, but they were wrong.

The Safford Cineplex mummy is actually one of two employees wrapped from head to two in convincing fabric strips. While one mummy wanders the halls the other greets customers as they pay for their tickets. 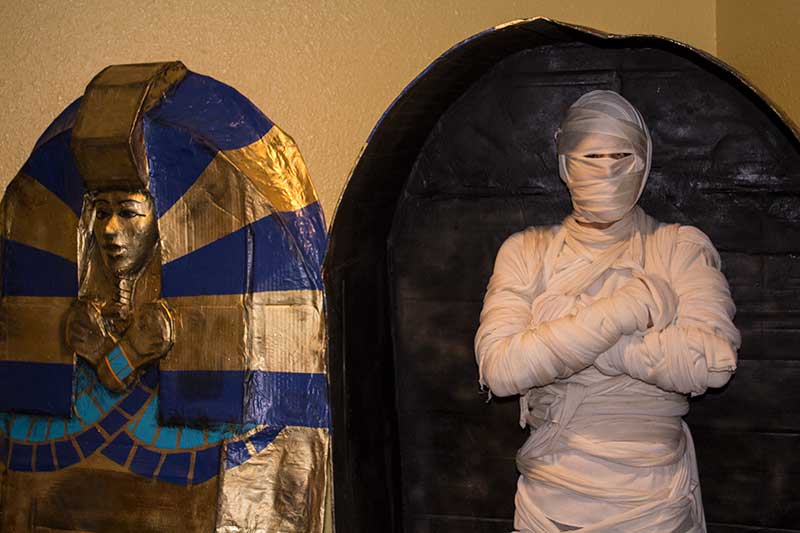 Brooke Curley Photo/Gila Valley Central: Looks can be deceiving. While many think that Alex Gonzales is simply a Halloween prop, when people aren’t looking he moves in for the scare.

The impressive sarcophagus was created by Sapphire Cineplex employees and Eastern Arizona College graphic design students Mario Marquez and Kristin Flattt. The project took roughly 35 to 40 hours to complete and is loosely based on King Tutankhamun’s sarcophagus. The sarcophagus is made out of cardboard, paper mache and spray paint, mixed with acrylic paint. Although many might suspect the hieroglyphics on the front of the sarcophagus to simply be scattered doodles, the ancient Egyptian form of writing actually spells out a word.

The next big project Marquez and Flatt have in mind is a Cars 3 display. They also hope to put white tape on the floor to make it look like a road while adding stop signs and caution cones. 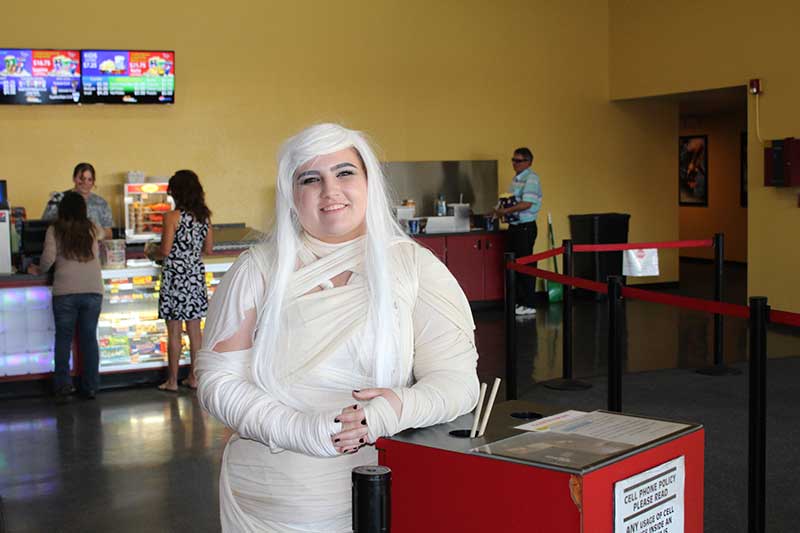 Brooke Curley Photo/Gila Valley Central: One of the more friendly mummies on the scene, Alex Kruger greets moviegoers and takes their ticket stubs.