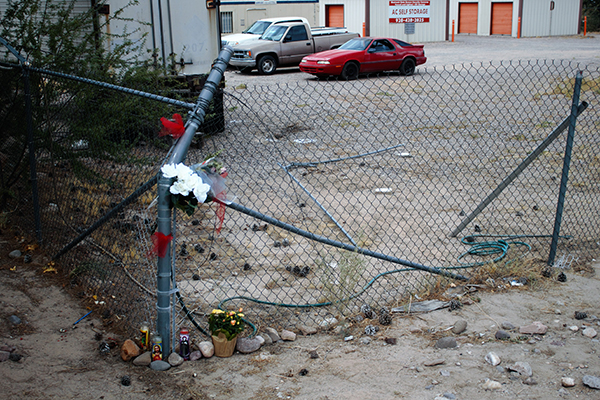 GRAHAM COUNTY – A celebration turned into tragedy early Sunday morning when a motorcyclist was fatally wounded after leaving a wedding celebration.

Authorities and emergency personnel were dispatched to the intersection of Armory Road and U.S. Highway 191 at about 12:06 a.m. regarding a single-vehicle motorcycle crash. The 911 caller reported seeing the motorcyclist flip into the air and that he was non-responsive on the ground.

Upon arrival, a Graham County Sheriff’s deputy located the motorcyclist, identified as Silver Glenn Rivera, 45, of Safford, lying on the ground inside the yard of AC Self Storage at 3578 S. U.S. Highway 191. His damaged Harley-Davidson FXSTB was located beside him.

A woman was performing cardio pulmonary resuscitation on Rivera while a man held his head. The deputy reported it appeared as if Rivera had suffered a severe injury to his head and neck area.

Another deputy took over CPR until he was relieved by paramedics from Southwest Ambulance. The paramedics continued to work on Rivera until he was pronounced deceased by a doctor at 12:15 a.m. 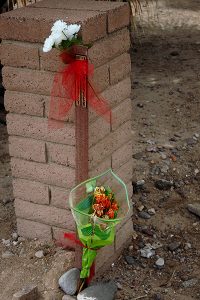 According to evidence at the scene, Rivera was westbound on Armory Road when he failed to negotiate the stop sign at the intersection with U.S. Highway 191. Skid marks along Armory Road stretch for about 15 feet before the stop sign, and Rivera appeared to have braked all the way through the intersection before striking the curb on the western shoulder. The bike and Rivera then went through the chain-link fence at the storage facility and both landed inside the yard.

An acquaintance told a deputy that he had been with Rivera at a wedding on E. Ceairra Linda just off Stockton Road south of Powerline Road. He said the group took Stockton Road to where it turned into Armory Road and that he was about 500 yards behind Rivera when the crash occurred. The acquaintance advised there was alcohol served at the wedding but he was unsure if Rivera had consumed any alcoholic beverages.

Shortly after officers secured the scene, several of Rivera’s friends and relatives began to gather at the site. Later, a memorial of candles and flowers decorated where he stuck the fence.

Officers from Safford and the Arizona Department of Public Safety (DPS) also responded to the scene. The investigation was turned over to DPS to conduct. According to DPS Sgt. Dan Long, Rivera was not wearing a helmet at the time of the crash and alcohol is being investigated as a possible contributing factor. According to public records, Rivera has previous DUI convictions. 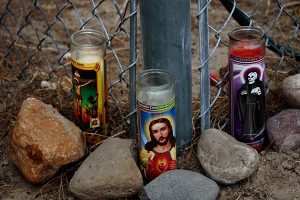 Jon Johnson Photo/Gila Valley Central: A memorial of candles and flowers has been set where Silver Glenn Rivera crashed his motorcycle and died.