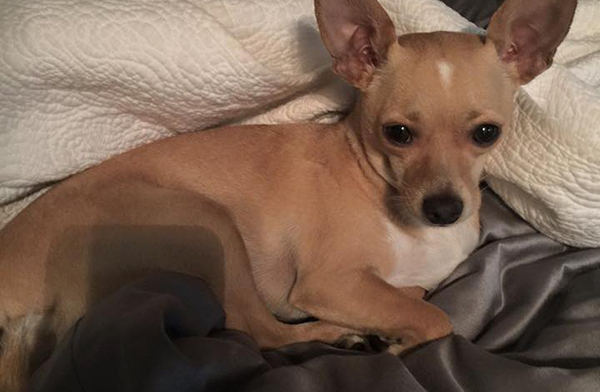 Contributed Photo: A deer Chihuahua like this one was shot and killed by its owner after it bit a 1-year-old baby on his nose.

GRAHAM COUNTY – A man shot and killed his dog after it bit an acquaintance’s 1-year-old baby, Monday.

A Graham County Sheriff’s deputy was dispatched to the Mt. Graham Regional Medical Center at about 1:30 p.m. regarding a baby that was bitten on the face by a dog. The infant was treated and released from the hospital.

According to the Sherriff’s Office report, the child suffered a bite on his nose from a brown, deer Chihuahua. The child was apparently with his mother and her boyfriend at their home on South 14th Avenue when an acquaintance came over with his dog.

As the adults were visiting, the child crawled under a table to play with the dog. The Chihuahua allegedly growled and barked at the infant and then bit him on his nose.

At that time, the dog’s owner retrieved the Chihuahua, took it outside and shot and killed it.

The couple didn’t wish to pursue charges against the dog’s owner, and after multiple attempts to contact an officer with Graham County Animal Control failed, the deputy closed his case with no further action.