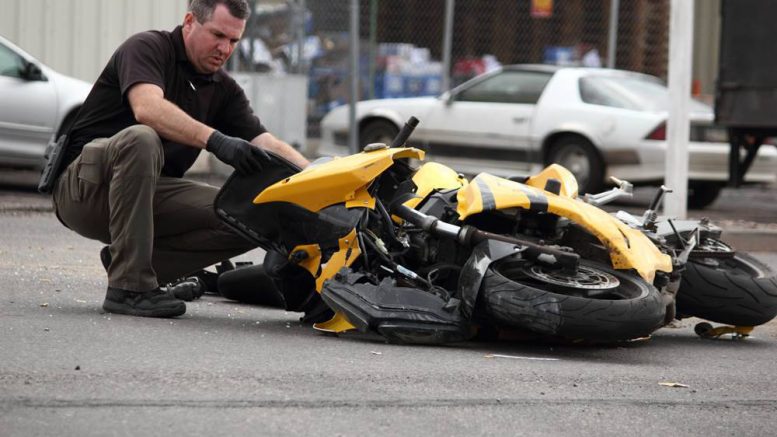 SAFFORD – A collision between a motorcycle and a car occurred around 3:30 p.m. Monday on 8th Street at the intersection with 11th Avenue. 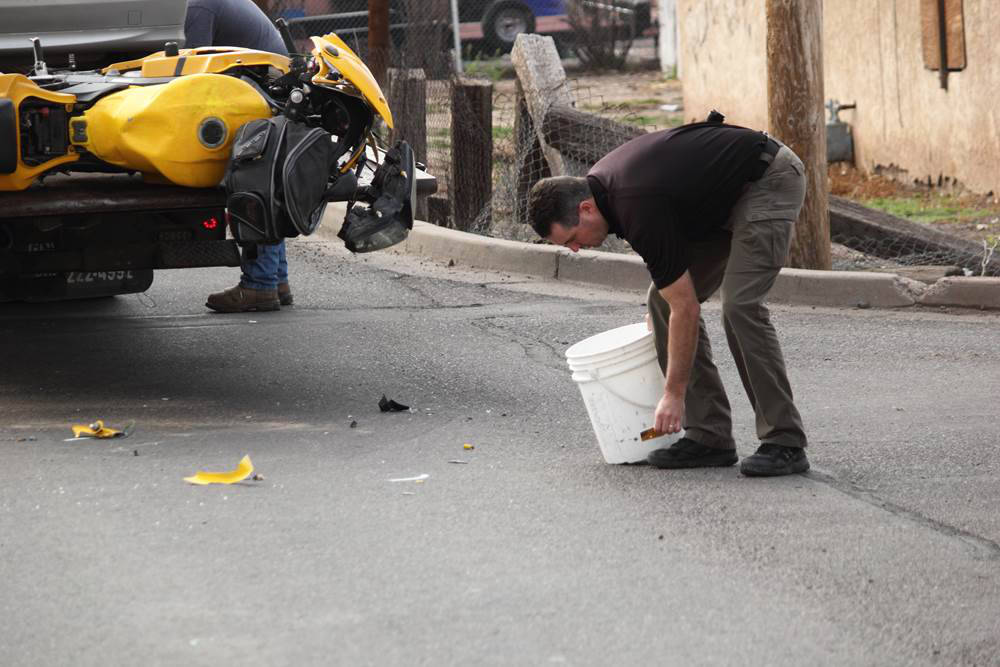 Eric Burk Photo/Gila Valley Central: The crashed motorcycle and debris gets removed from the roadway.

A yellow, “crotch rocket” type of motorcycle appeared to be westbound on 8th Street when a southbound Chevrolet sedan pulled out from 11th Avenue. The motorcycle was apparently not able to stop or avoid the car and collided with it. 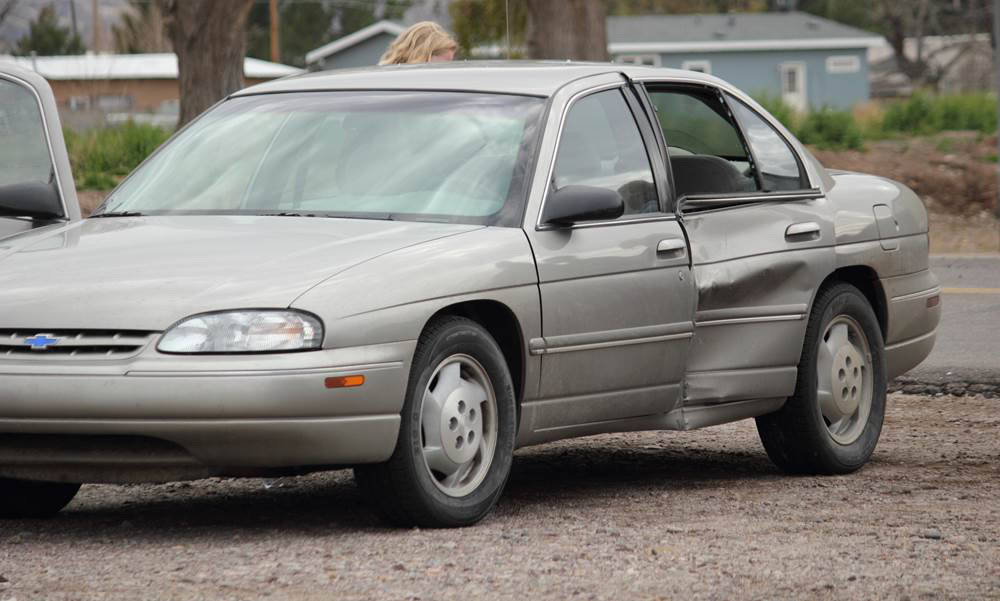 Eric Burk Photo/Gila Valley Central: This sedan was struck by a motorcycle while pulling out of 11th Avenue onto 8th Street.

Two ambulances from Lifeline and a supervisor responded to the site. The motorcycle rider appeared to have flipped over the sedan, according to evidence at the scene. The rider’s helmet was located about 20 feet from the collision point. 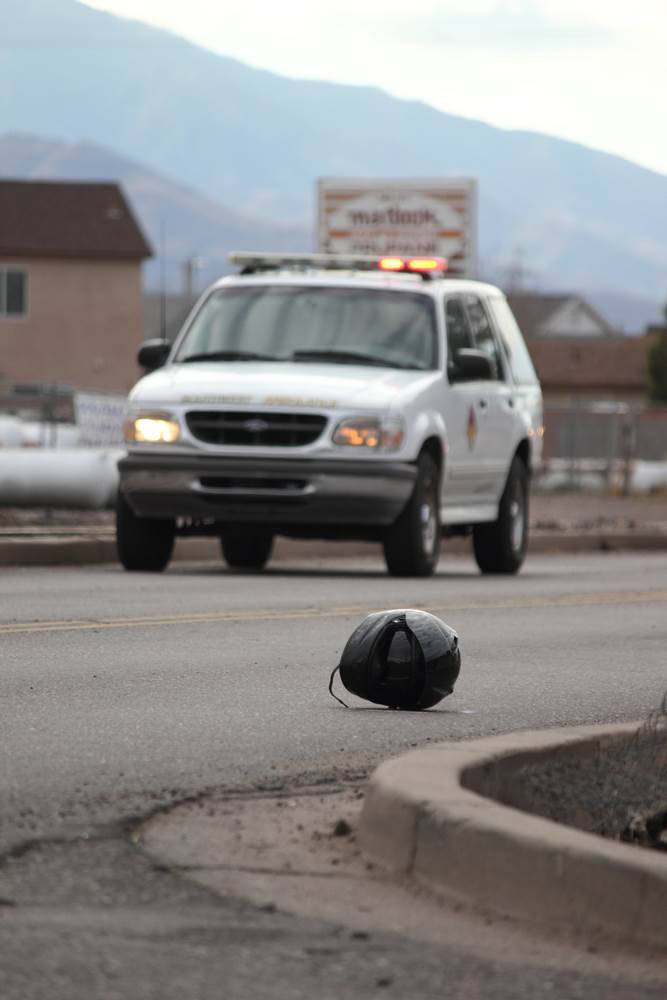 Eric Burk Photo/Gila Valley Central: The motorcycle rider’s dislodged helmet was located about 20 feet away from the impact point.

The roadway was reopened by officers at about 4 p.m., and the motorcycle was removed from the scene by Nutcracker Towing.

Residents in the area described hearing a loud slam and said they knew right away it was a car crash due to previous collisions at the same location.