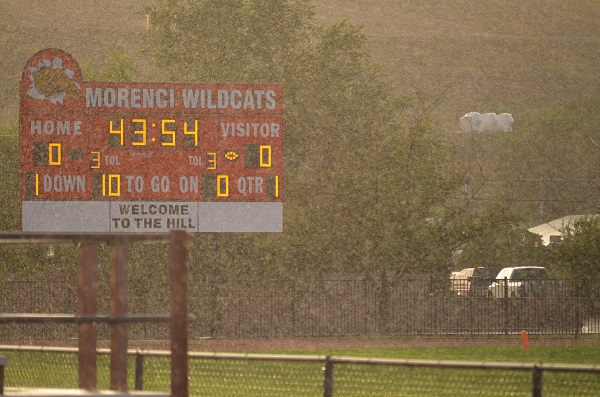 Rain and lightning postponed the Thatcher vs Morenci game until October 11th. Photo by Lee Patterson

MORENCI — Mother Nature didn’t seem to care that Friday night was suppose to kick off the high school football season. For the first time in over a month a Monsoon storm filled with rain and lightning moved through Morenci prior to kickoff and the teams never even made it on the field.

The Arizona Interscholastic Association adopts the NFHS guidelines for lightning. If there is a lightning strike within 6 miles of the facility there is a mandatory 30 minute delay. That delay clock restarts every time a new strike occurs with in 6 miles. 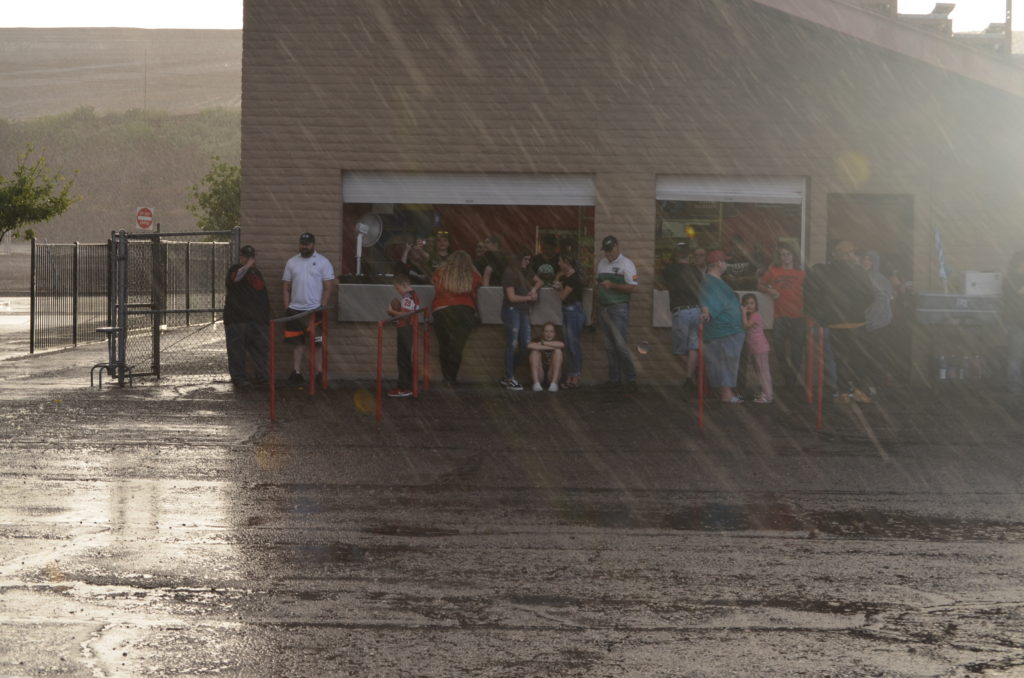 Fans huddle near the concession stand to stay dry during the delay.
Photo by Lee Patterson

Because of the frequency of lightning the referees huddled together with both teams coaches and athletic directors to make a plan. At around 7pm they came to the conclusion that if they couldn’t get the teams on the field by 8:30pm, they would postpone the game. At just after 8pm another storm moved through and the lightning was intense enough to restart the 30 minute delay clock, which would of pushed game time past the agreed upon 8:30pm, effectively cancelling the game.

Luckily for both teams they shared the same off week later in the season. The game has been rescheduled for October 11th in Morenci.

Morenci officials have announced that the rematch will be a free game to attend for all fans.