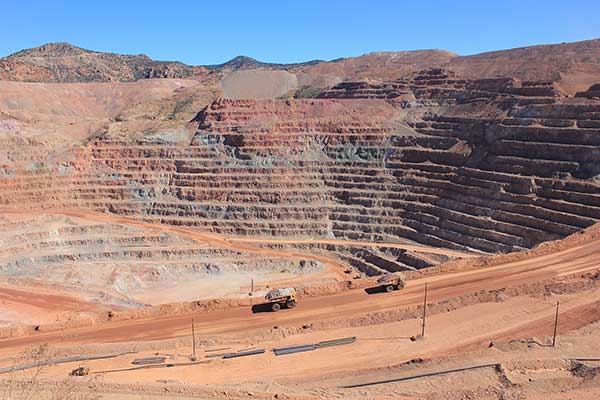 Most people think copper mines just tear up the dirt and make scars on the land for their profits. But the Freeport-McMoRan Mining operation in Morenci has won, in 2018, three environmental awards from locally known and world-wide environmental leading organizations.

Presented by the Arizona Mining Association, the SPADE Award for Bat Conservation was awarded to Freeport-McMoRan for outstanding contributions to protect and enhance biodiversity in Arizona. The award was recognition for Freeport’s role in protecting and monitoring bat roosting to some 1.5-million bats in the Eagle Creek Bat Cave, near the Morenci mine operation.

The state awarded Freeport-McMoran an award from the Arizona Department of Environmental Quality for exemplary compliance to protect and enhance public health and the environment. Morenci received the Platinum Award – the highest of four levels – for its effective recycling of high-density polyethylene.

And Freeport-McMoRan was awarded the Wildlife Habitat Council Mammals Award, a yearly award that recognizes excellence in corporate conservation in wildlife habitat enhancement and restoration, and conservation education.

The award recognized partnering with the Arizona Game and Fish to relocate big horn sheep near the Morenci Mine to Eastern and Central Arizona areas where the big horns can enhance their native habitat.