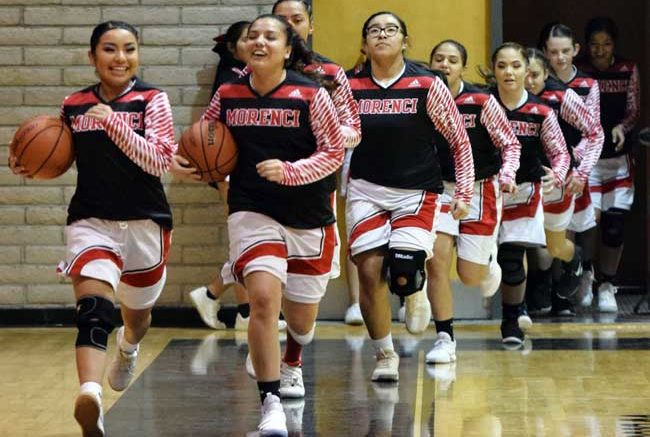 Photo By Raymundo Frasquillo: Seniors Janeene Lang, left, and Ashley Hernandez lead the Wildcats into the gym for the home opener against Benson on Dec. 1. Morenci edged the Bobcats 35-34 in a 2A East Region contest.

Morenci then beat the Willcox Cowgirls, 42-40, on Tuesday, Dec. 5. They next head to the 3-day Round Valley Invitational in Eagar Thursday through Saturday, Dec. 7-9. The host Elks and the Cibecue Wildcats are the first-day opponents, at noon and 4:30 p.m., respectively, while the St.  Johns Redskins follow at noon on the second day, prior to the start of the bracket.

The outcome was decided in the closing seconds. Benson rebounded senior Janeene Lang’s missed free throw with three seconds remaining, but a violation two seconds later gave the ball back to Morenci. 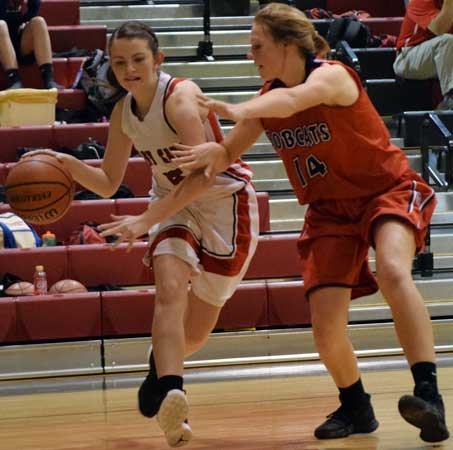 Benson entered Wildcat Memorial Gymnasium with a 5-1 record and left with a second loss.

Sophomore Bridgid Sylvester’s field goal with 31 seconds left gave Morenci a 35-33 edge, but senior Ashley Hernandez’ fifth foul sent Benson senior Hailey Garner to the line. She made the first attempt and missed the second for the final score of the game.

The visitors controlled the opening tip and led 6-0 before junior Faith Hood lit up the home side of the scoreboard with 1:32 elapsed in the game. Hood rebounded Chee’s missed attempt and put it back up. 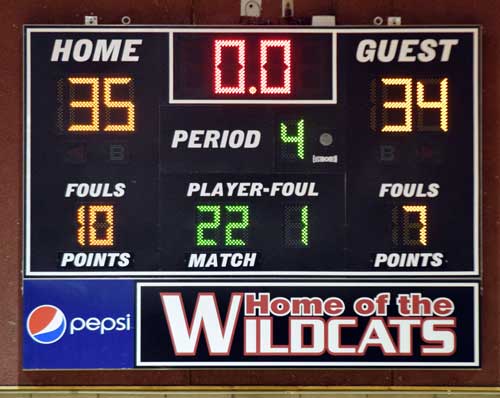 Photo By Raymundo Frasquillo: The final score was Morenci-35, Benson-34.

Morenci trailed 9-10 following the opening period, 14-16 at halftime, and 23-24 heading into the final period.

The Wildcats outscored the host Tigers 28-26 in the second half but were unable to overcome the double-digit first-half deficit. A 1-point, 10-11, opening period deficit turned into a 13-point, 18-31, halftime deficit with an 8-20 second-period outing.

Bruins slip out of Morenci with state tourney slot