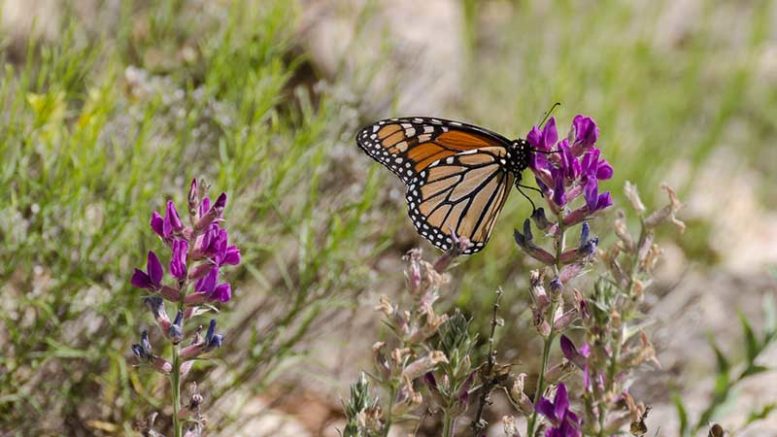 SAFFORD- The saying goes: A butterfly counts not months but moments. However, with recent Monarch butterfly population loss, these moments may soon be over.

Over the past 20 years, the monarch butterfly has seen a 90% population decrease. If these numbers were calculated into the human population of the United States, this would mean that the only living individuals left in the nation would be in the states of Ohio and Florida. Multiple causes have created this decrease in population. However one of the largest reasons is because of the species’ 2,500 miles migration each year. These butterflies migrate from Eastern North America to Mexico yearly, to avoid the harsh frosts in the Rocky Mountains. While traveling over this 2,500-mile route, the butterflies follow what has been named the “milkweed trail”. Because of modern advancements in weed extermination, the food for the traveling butterfly has been radically reduced, contributing to the insect’s massive population loss.

On Thursday, the Friends of the Library hosted a Meet and Greet on rainwater harvesting at the Safford City-Graham County Library. This presentation featured Taylor Breinholt and Kanae Reich of the Gila Valley Watershed Project (GVWP). They spoke on capturing rainwater and conservation techniques, as well as pollinator recovery and support. According to Breinholt, creating a pollinator garden would be one of the most important aspects of aiding the species that many conservationists may leave out.

“It’s something that’s very important and often overlooked. I would recommend planting milkweed since they are great hosts for larval butterflies,” Breinholt said. “The pollinator garden will provide nectar or pollen and shelter for a wide range of pollinating insects, including bees, along with butterflies and some bird species. It allows them (monarch butterflies) a place to stop and recharge on their way to their final destination.”

Breinholt suggested that the local butterfly and pollinator advocates plant a garden consisting of local plant species. Because these plant species have already adjusted to the local weather, the chances of the garden’s success is much higher. It would be a relief to would-be pollinator gardeners that the GVWP have local seeds and plants available for sale at the Discovery Park nursery.

“I would suggest an all-native pollinator garden since those flowers are already adapted to the Arizona weather. Flowers such as fire-wheel, globemallow, desert marigold, and a variety of penstemon would work great,” Breinholt said. “We do seed collections around the Gila Valley and store them. And we also plant those seeds and have plants available for restoration and retail.”

Working alongside the Eastern Arizona College’s Discover Park, the Gila Valley Watershed Project(GVWP) is roughly a year away from completing their own massive pollinator garden. If the public would like to aid in the fight to save the Monarch butterfly but doesn’t have the space to build a garden of their own, they may volunteer to create one with the GVWP.

“We have all the earthwork finished. We just need to install irrigation, shade structures, and plants. We currently have (been) waiting on the Gila Native Plant Nursery.” Breinholt said. “we have been trying to plan a volunteer event but it is still in the process of our Operations Coordinator. But if people would like to volunteer at the nursery in the mean time, our volunteer hours are Mondays and Wednesdays from 9:00 a.m. to 2:00 p.m.”
Discovery Park Blvd.
(928) 428-6260
Safford, AZ 85546.
Phone: (928) 428-6260.
e-mail: discoverypark@eac.edu.

Monarch butterflies are known for the incredible mass migration that brings millions of them to California and Mexico each winter. North American monarchs are the only butterflies that make such a massive journey—up to 3,000 miles (4,828 kilometers). The insects must begin this journey each fall ahead of cold weather, which will kill them if they tarry too long.

Monarch butterflies begin life as eggs and hatch as larvae that eat their eggshells and, subsequently, the milkweed plants on which they were placed. (Monarchs are dependent on milkweed plants, which larvae eat nearly exclusively.)

Fattening larvae become juicy, colorful caterpillars, then create a hard protective case around themselves as they enter the pupa stage. They emerge as beautifully colored, black-orange-and-white adults. The colorful pattern makes monarchs easy to identify—and that’s the idea. The distinctive pattern warns predators that the insects are foul-tasting and poisonous.

Butterflies that emerge from chrysalides (pupa state) in late summer and early fall are different from those that do so during the longer days and warmer weather of summer. These monarchs are born to fly and know because of the changing weather that they must prepare for their lengthy journey. 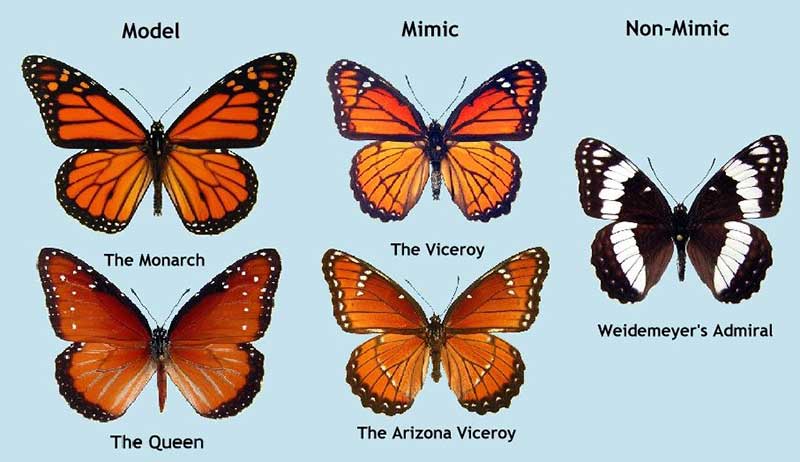 This photo illustrates a variety of butterflies including the monarch butterfly.

Only monarchs born in late summer or early fall make the migration, and they make only one round trip. By the time next year’s winter migration begins, several summer generations will have lived and died and it will be last year’s migrators’ great grandchildren that make the trip. Yet somehow these new generations know the way, and follow the same routes their ancestors took—sometimes even returning to the same tree.

Many scientists are concerned about the eastern population of monarchs, which summer east of the Rocky Mountains. This group is occurring in ever smaller numbers, and its survival may be threatened by a series of natural disasters in the Mexican wintering grounds, as well as by reduced acreage of milkweed plants in their summer home.