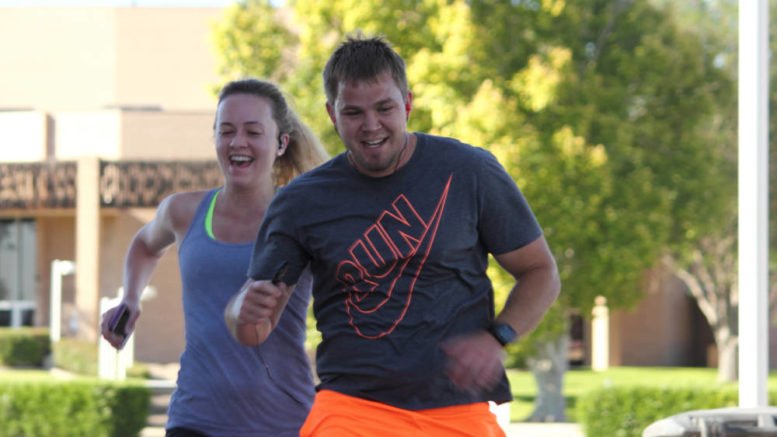 Eric Burk Photo/Gila Valley Central: Josh Dufek and Melissa Starks battle for first place as they complete the Honduras Medical Fun Run on Saturday, May 20, 2017. The race was a fundraiser for Eastern Arizona College nursing students to go to Honduras in June.

Josh Dufek and his girlfriend Melissa Starks were the first of 25 participants to complete the course looping through the EAC campus. Dufek said his time was 23:56, two seconds faster than Starks, but she insisted that they both finished at 23:58. Nursing student Marina Alcarez said Dufek and Starks tied for first with an official time of 23:58. Everett Brill finished next, clocking in at 28:20. 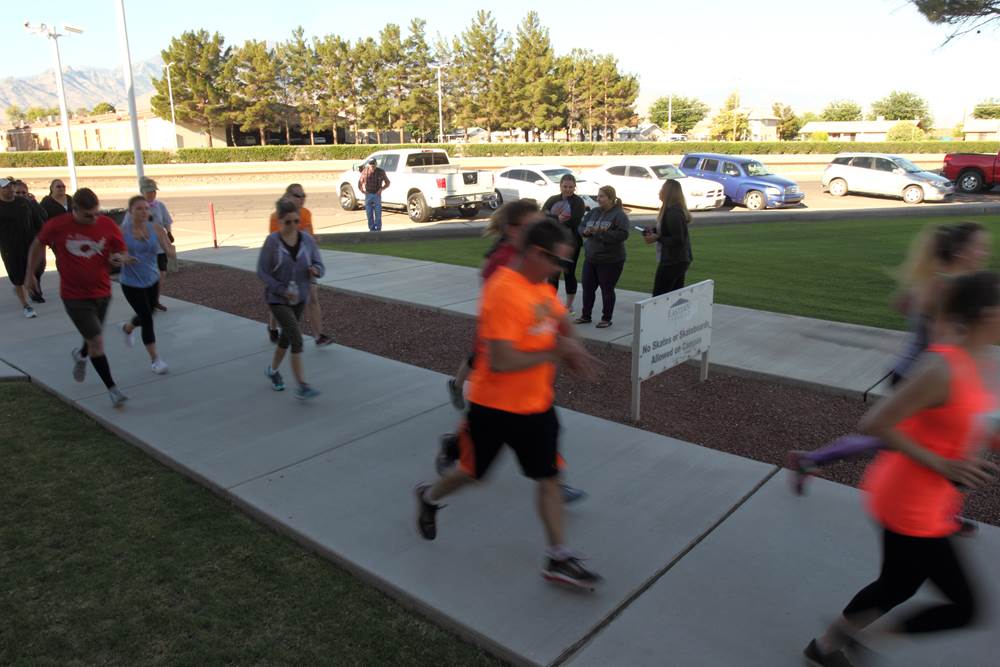 Eric Burk Photo/Gila Valley Central: Racers pass the sign marking the starting line of the race Saturday, May 20, 2017. The race began and ended near the west end of the EAC Nursing Education Center.

Seven EAC students and three nursing instructors will participate in the trip to Nacaome, Honduras. The team from EAC will partner with physicians from Safford as part of an annual trip to provide triage, education, and medication to run a small clinic for five days in June.

Although teams from Safford have been going to Nacaome for around a decade, this is EAC’s second year participating. Last year’s group of students had several runners who suggested a fun run as a fundraiser. Around 25 people also participated last year. 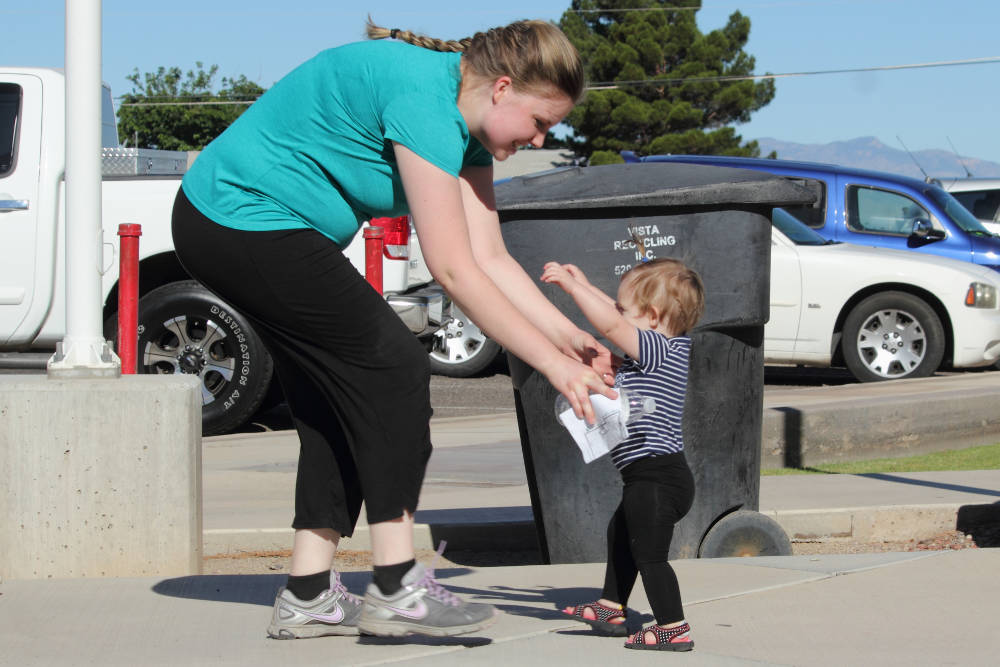 Ted Holt ran with his son Ian Holt. Ted Holt has been running for years, and he is helping train his son to prepare him to enter the Marines when he graduates high school in two years. Ted Holt enjoyed the run. 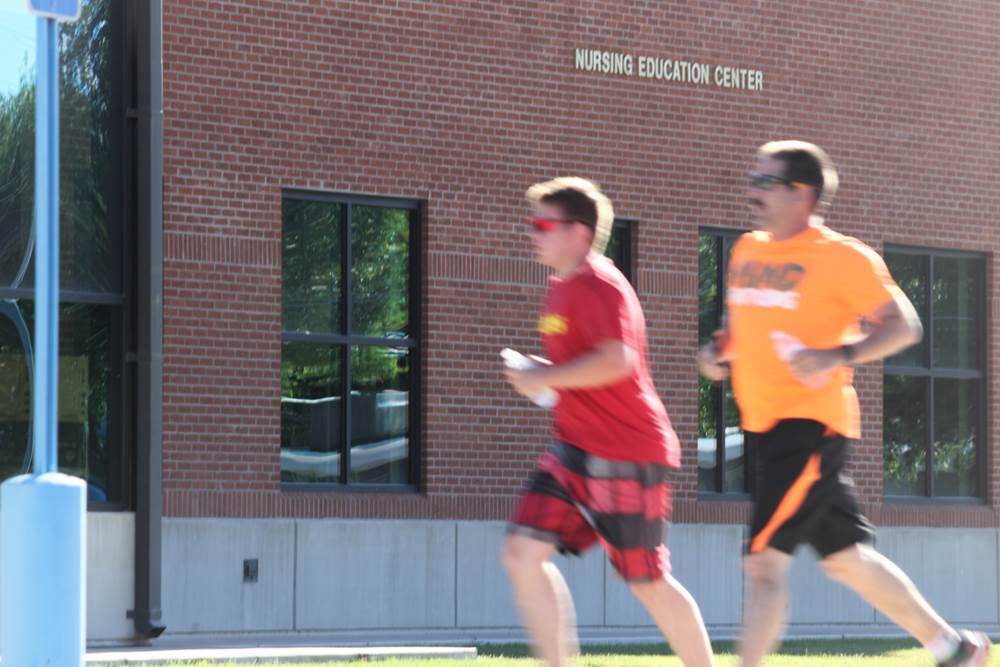 Starks also enjoyed the course. “I liked the mix between the sidewalk and dirt roads,” she said.

Megan Baker was running because Starks talked her into it.

“It wasn’t too terrible,” Baker said. 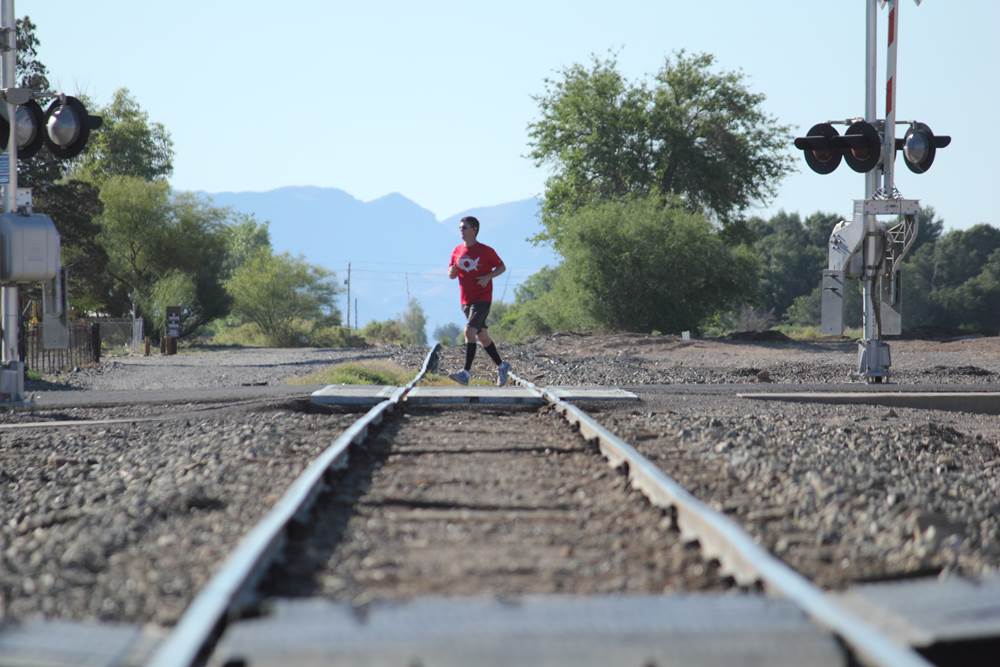 Eric Burk Photo/Gila Valley Central: Matt Sampson crosses the railroad tracks at College Ave on Saturday, May 20, 2017. The course loops around the EAC campus and crosses a variety of mostly level terrain.

Despite her claimed scruples, Ollerton and her husband served pancakes with home-made buttermilk syrup as part of the fundraiser. 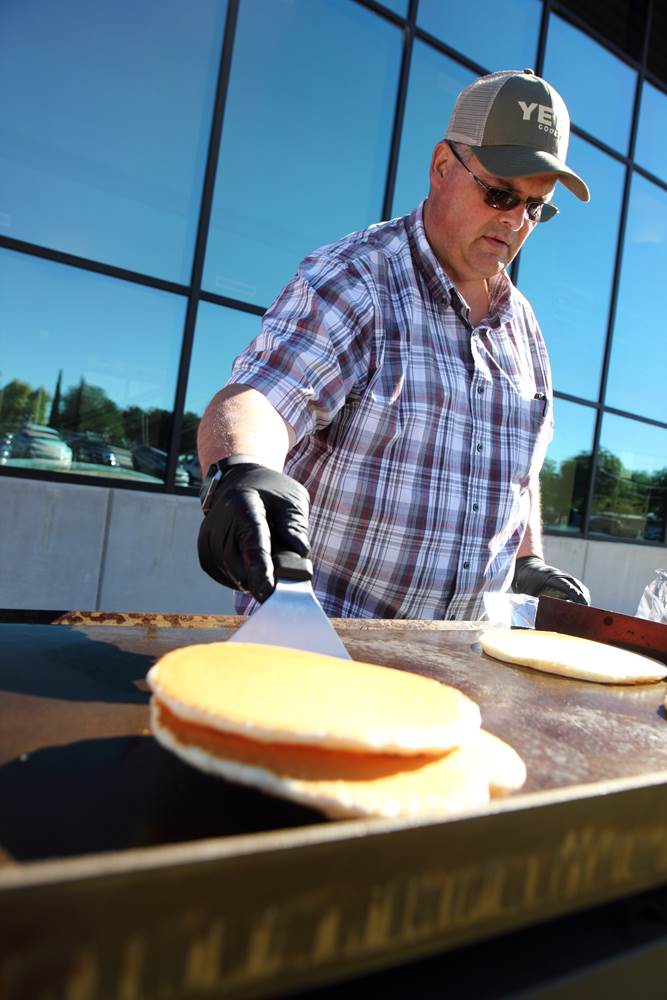 Eric Burk Photo/Gila Valley Central: Thomas Ollerton makes pancakes as part of the Honduras Medical Fun Run fundraiser Saturday, May 20, 2017. Ollerton’s wife, Amy Ollerton, is an EAC nursing instructor and one of the faculty leading the students to Honduras.

According to Ollerton, the trip is not just about helping people from a small Honduran town. Ollerton said the trip gives the students a chance to understand similarities in human need despite substantially different economic conditions and cultures.

Nacaome is a town about the size of Thatcher and Pima together. Residents do not have running water. The students can expect to see rashes, intestinal diseases, and other similar wounds. Last year two men needed stitches. Each team member will take a 50 pound bag of medications including antibiotics, gastrointestinal drugs, antifungals, and sunscreen.

Instructor Sara Lemley said students must pay $1,400 each, not including costs for transportation to the airport and incidentals along the way. The students figure $2,000 is a reasonable total estimate to cover the trip, food, and personal gear like scrubs and mosquito nets.

In addition to the money earned by participation fees and breakfast sales, they earned $2,000 in donations. The food for the breakfast was donated, but the students paid $500 for race participation t-shirts. The team has held other fundraisers, including bake sales and dinners, to offset costs for travel and supplies. 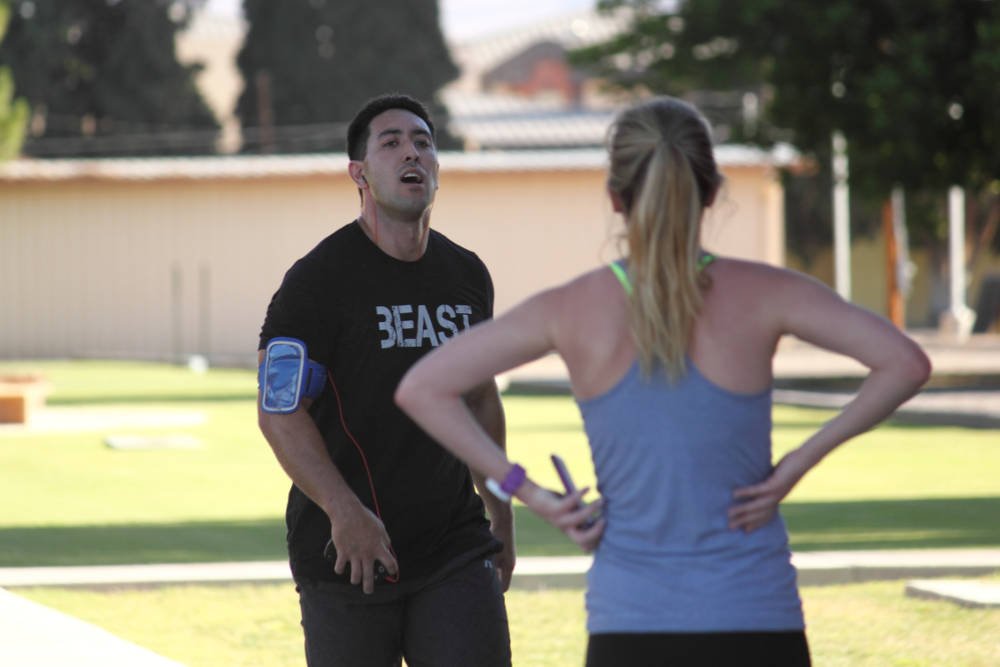