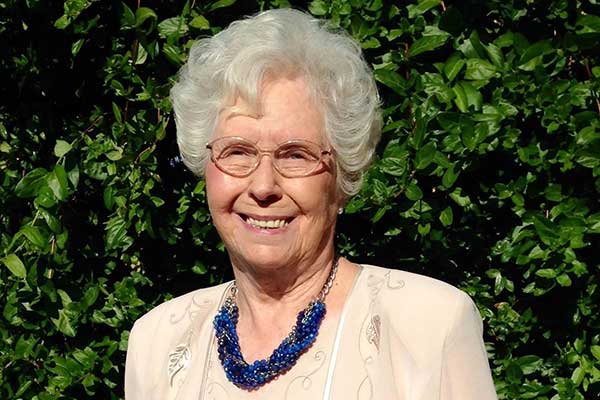 Mina Reynolds Lee, 83, passed away peacefully on February 22, 2021 with her sweetheart of 66 years and family by her side.

Mina was born May 28, 1937 in Pima, AZ to George and Sybil Reynolds where she was raised alongside her 3 brothers. She graduated from Pima High School class of 1955; the same year she married the love of her life, Kenneth Lee. Mina first saw Ken on July 23, 1954 outside the Safford JC Penney. Ken was returning from serving in the Army in Japan during the Korean War. He stepped off the bus wearing Levi 501s, a white t-shirt with the sleeves rolled up, and he had jet black wavy hair. Mina would say his broad shoulders and skinny build made her think of a delicious ice cream cone. It was love at first sight! After dating for six months, they were married at her parents’ home in Pima, Arizona.

Ken and Mina spent most of their years living in the Pima, Thatcher, and St. Johns area. Mina learned and worked many jobs including owning/managing the Richfield/Arco service station, the R.E.A, worked in the County Treasurers office and managed the Fina convenience store in St. Johns, Richey cable, managing the Pima museum, and many more. However, her most cherished job was a wife and mother to 6 children, 16 grandchildren, and eventually 10 great grandchildren.

Mina was an outgoing and artistic woman who loved to craft, sew, and bake. She was a lifelong member of The Church of Jesus Christ of Latter Day Saints. She served with the Sisters in the relief society fulfilling their callings. Mina served in many different capacities, including primary teacher, relief society president, chorister, and many more. Mina truly found joy in serving others.

Mina was survived by her husband, Kenneth Lee of Thatcher: Kris(Kristin) Lee of Vernon,  Beth(Dale) Adams of Alpine, Robyn(Mark) Meredith of Mesa, Dustin(Brett) Lee of Queen Creek, as well as many grandchildren and great grandchildren.

Services will be held on Saturday, February 27, 2021 with the viewing beginning at 11:00 a.m. and funeral beginning at 12:00 p.m. at the Temple View Chapel, Central, Arizona with a graveside service at the Pima Cemetery, and luncheon to follow.