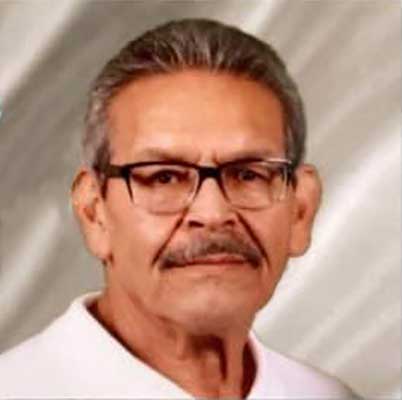 Mike Jimmie Aragon, Sr., of Safford, entered into rest in the early morning hours on Wednesday, September 9, 2020, at his residence surrounded by his loving family. He was 68.

He was preceded in death by: his son, Damien Aragon; and his father, Fred Aragon.

A Celebration of Big Mike’s Life was conducted Friday afternoon, September 18, 2020, at 3:00 p.m., at Vining Funeral Home’s “Chapel of the Valley.”

Online condolences may be offered at viningfuneralhome.com.Arrangements and cremation were entrusted to Vining Funeral Home.