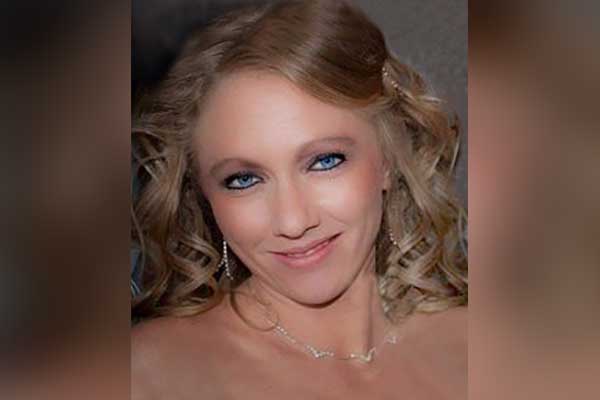 Melissa was born in Safford in 1983. She was a blue eyed, platinum haired beauty. She was the first born of four daughters.

At a young age she decided she wanted to be called “Sasha” instead of Melissa. She grew up being one of the most driven people. Sasha excelled at everything she did including school, sports, 4-H, dance and work. She was on the Pima swim team since the age nine. Sasha was the top in the state for breaststroke and in the top three for freestyle, backstroke and butterfly. She was on the first-place team for medley and freestyle. At age of ten, Sasha was one of ten girls from the entire state of Arizona to be chosen to perform with the New York Ballet Company. She was also given a solo. Sasha had a love for animals. At age nine she joined 4-H, which she did for nine years. She participated in horse, swine, sheep, steer, goat, rabbits, chicken clubs, shooting and home economics. Her hard work attitude never lost her a showmanship. Sasha won many belt buckles in gymkhanas on her horse ‘Big 0’. She won many other awards in 4-H including outstanding 4-H member. Sasha enjoyed bowling, as a lefty she had a great curve. In school, Sasha was at the top in her class graduating her junior year going to Pima then Thatcher. In high school she was one of only six to be recognized as a quad athlete. She was a starting pitcher, and first baseman for Pima’s first ever fast pitch softball team as a freshman on varsity. They went on to state in their first year and took 4th place. She was on the varsity pom squad since 9th grade. Sasha played basketball and volleyball as a starter and as a freshman played FO and JV. She has a trophy case full of awards from everything she did. It was such a joy to watch her succeed.

In 2002, Sasha moved to Montana to be near her mom and sisters. She worked at several places and eventually started her own business which was a success. She worked hard at every job she did, and she did it with a smile on her face. She had a strong work ethic. Sasha never met a stranger as she spoke to everyone. She had a very outgoing personality. Sasha went on to have three beautiful children, Aspen, Taysen and Kiarra. Although she suffered many years of personal struggles, she never stopped loving her family and was so proud of them. Sasha had a huge heart and cared deeply for everyone. She never held a grudge with anyone. Sasha recently moved to her dream place, Hawaii. She passed away by the ocean she so loved. Sasha you will be missed by all. We love you dearly. You will suffer no more. May God hold you in his arms and ease your mind.

Sasha leaves behind: her husband and teammate, Kenneth (Kel) Lohmeier, of Hawaii; her three children, Aspen, Taysen and Kiarra, of Belgrade, Montana; her stepdaughter, Remi, of Washington. her parents, Jackie and David Wahl, of Belgrade, Montana, Rodney Russell and Joann, of Pima; her in-laws, Kenny Lohmeier, of Montana, and Lisa and Jeff Scott, of Washington; her three younger sisters, Collette Taylor (Brian), of Manhattan, Montana, Monica Allmendinger, of Belgrade, Montana and Morgan Hemen (Troy), of Bozeman, Montana; her grandparents, Rose­Ann Runyon, of Safford, Edith Johnson, of Safford and Lanny Russell, of Arizona; and numerous aunts, uncles, cousins, nieces and nephews. Sasha joins in heaven: her grandfather, John Runyon, her uncles, Robert, James and John Runyon; all of her great-grandparents; and her brother-in-law, Jacob Allmendinger. May they all wrap their arms around you. RIP and fly with the angels. We love you and miss you will all our hearts.