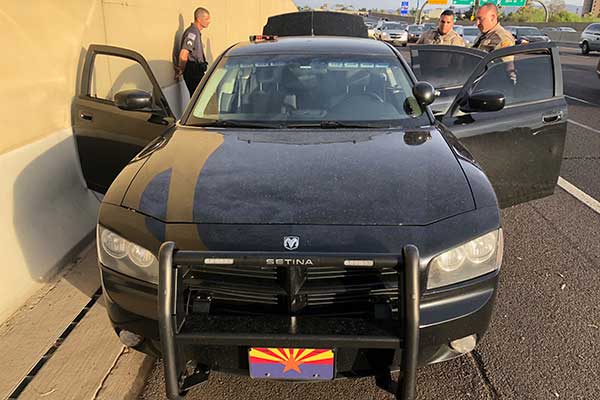 Phoenix — A police impersonator chose the wrong vehicle to try and pull over on July 11, 2018. Two AZDPS troopers were on patrol along State Route 51 in an unmarked yellow Ford Mustang which is used primarily to target aggressive drivers. The troopers observed a black Dodge Charger equipped with law enforcement style emergency lighting visible through its rear window. A registration check of the license plate revealed it belonged to a private citizen.

The troopers then identified themselves by activating the police emergency lights on their patrol vehicle and initiated a traffic stop on the impersonator. The troopers discovered the driver was a uniformed armed security guard traveling in his personal vehicle. The Charger was equipped with a police style siren, lights and radio scanner.

Matthew Allen Disbro, age 44 of Mesa, was arrested for impersonating a police officer. He was booked into the Maricopa County Sheriff’s Office jail. 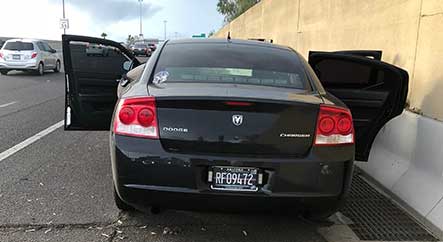 “Motorists need to feel confident that when they are pulled over by law enforcement they are dealing with a state – certified peace officer. Criminal behavior like that exhibited by the suspect, undermines public confidence and makes it difficult for troopers and other law enforcement officers to perform their job,” said AZDPS Major Deston Coleman of the Highway Patrol Division.

Authorities want to know if you have had contact with the suspect and have been stopped by a Dodge Charger with law enforcement style emergency lights, please contact AZDPS at 602-644-5805.