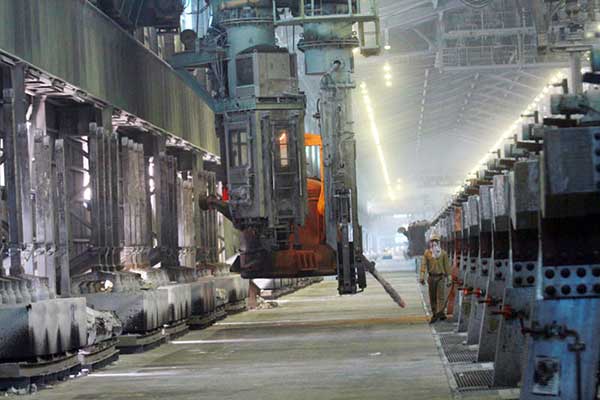 PHOENIX–(BUSINESS WIRE)– Freeport-McMoRan Inc. (NYSE: FCX) announced today that it has entered into a Heads of Agreement with the Indonesian state-owned enterprise PT Indonesia Asahan Aluminium (Inalum) and PT Freeport Indonesia’s (PT-FI) joint venture partner Rio Tinto. Under the terms of the non-binding Heads of Agreement, Inalum will acquire for cash consideration of $3.85 billion all of Rio Tinto’s interests associated with its Joint Venture with PT-FI (the “Joint Venture”), and 100 percent of FCX’s interests in PT Indocopper Investama (PT-II), which owns 9.36 percent of PT-FI.

Inalum will contribute the Rio Tinto interests to PT-FI, which will expand PT-FI’s asset base, in exchange for a 40 percent share ownership in PT-FI, pursuant to arrangements that will enable FCX and existing PT-FI shareholders to retain the economics of the revenue and cost sharing arrangements under the Joint Venture. Following completion of the transaction, Inalum’s share ownership will approximate 51 percent of PT-FI (subject to an agreement between shareholders to replicate the Joint Venture economics), and FCX’s ownership will approximate 49 percent.

Richard C. Adkerson, Vice Chairman of the Board, President and Chief Executive Officer, said, “This agreement marks a significant milestone toward establishing a new long-term partnership with the Republic of Indonesia to provide long-term stability for PT Freeport Indonesia’s operations. Through this transaction, the Government will achieve its ownership objectives in a manner that preserves the long-term value for FCX shareholders and the people of Indonesia through 2041. We thank Rio Tinto for their support over our more than 20-year successful partnership. We look forward to a mutually positive and beneficial partnership with Inalum that will continue to provide substantial benefits to the people of Papua; the Republic of Indonesia; and to our local employees, suppliers and contractors while generating attractive returns for our shareholders.”

The transaction, which is expected to close during the second half of 2018, is subject to the negotiation and documentation of definitive agreements, including purchase and sale agreements, the extension and stability of PT-FI’s long-term mining rights through 2041 in a form acceptable to FCX and Inalum, a shareholders’ agreement between FCX and Inalum providing for continuity of FCX’s management of PT-FI’s operations, and resolution of environmental regulatory matters satisfactory to the Indonesian Government, FCX and Inalum. The terms of these agreements will be subject to FCX Board approval.

Management will host a webcast for investors at 11:00 a.m. Eastern Time, Thursday, July 12, 2018, to discuss the details of the transaction. The conference call will be broadcast on the Internet along with slides. Interested parties may listen to the conference call live and view the slides by accessing “www.fcx.com.” A replay of the webcast will be available through Friday, August 10, 2018.

FCX is a leading international mining company with headquarters in Phoenix, Arizona. FCX operates large, long-lived, geographically diverse assets with significant proven and probable reserves of copper, gold and molybdenum. FCX is the world’s largest publicly traded copper producer. FCX’s portfolio of assets includes the Grasberg minerals district in Indonesia, one of the world’s largest copper and gold deposits; and significant mining operations in the Americas, including the large-scale Morenci minerals district in North America and the Cerro Verde operation in South America. Additional information about FCX is available on FCX’s website at “fcx.com.”