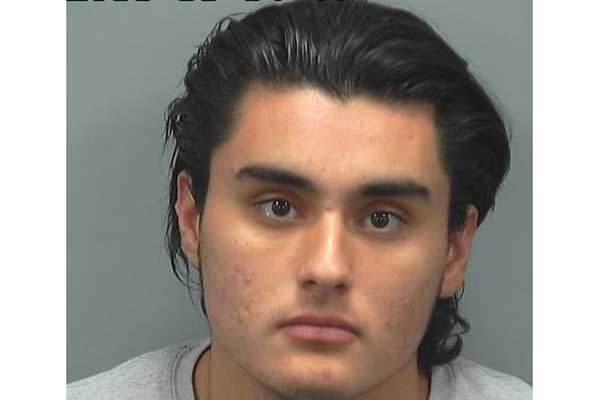 SAFFORD – As Safford police were working their detail on Thursday, March 1st,  they pulled over a vehicle that, as they approached the passenger side window began to smell the odor of marijuana. The two men identified themselves, the driver being, Robert Burrell Jr.

While the officer was speaking to the men, they appeared to be nervous as they said they were headed to a doctor’s appointment in Tucson. Burrell was asked to speak with the officer outside of the vehicle, where he was asked if he or the passenger had a medical marijuana card. He answered that he did not. He was placed in handcuffs while being informed that he was being detained.

The passenger was asked to step out of the vehicle also and confirmed that he did not have a medical marijuana card either. He was handcuffed while being advised of his detainment and both were read their rights.

When the investigator asked about the marijuana in the car, the passenger explained there was a bag of marijuana in the passenger side door and said that it was his. Burrell told the officer that he would find a sandwich bag containing white prescription pills on the driver side. Burrell said the pills belong to his uncle and Burrell wanted to drop them off before traveling to Tucson but was unable to get in touch with his uncle. The officer located the bag of marijuana, a marijuana grinder with a small amount of marijuana still in it, and 10 white prescription pills. The passenger told the officer that the marijuana and grinder were his. According to the police report, Burrell mentioned that sometimes his uncle gives him some of the pills for his back pain, but these were not his. When asked by the officer if the pills would be in his system, he said yes, explaining that he has taken them in the past but not that day. Burrell was asked if his uncle would he take responsibility, if contacted. Burrell allegedly said that he would not, and that he would rather the officer not contact his uncle.

The investigator found that Burrell had an outstanding warrant, and he was then placed under arrest. The other male passenger was issued a citation for possession of marijuana and possession of drug paraphernalia. Burrell asked that the passenger be allowed to take control of his vehicle, and after the officer made sure he was not impaired, he was allowed to do so. Burrell was booked into the Graham County Jail.