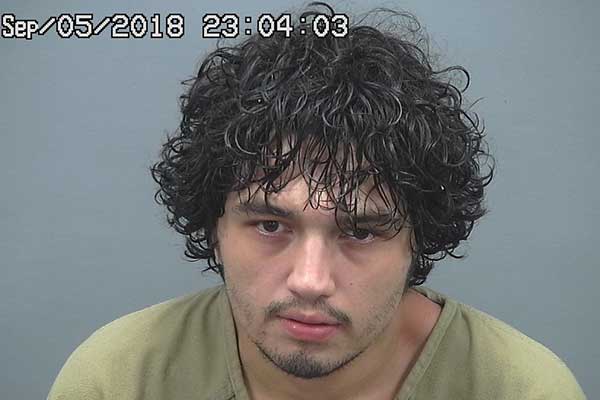 SAFFORD – Last Wednesday, an officer on patrol just after 9:00 pm observed a car traveling according to their radar at 50 mph in a 35 mph zone. The car was pulled over and the officer recognized the driver as he approached the vehicle as Markus Marshall. The officer noticed the male passenger kept looking away in the opposite direction as he spoke on his cell phone.  After Marshall was informed why he had been stopped, he stated that his speedometer registered his speed at 35 mph. Marshall’s hands could be seen shaking as he gave the officer his license and registration. The officer asked the passenger if he had ID and he stated he did not, while he continued to look away from the officer. When the officer shined his light into the passenger’s area, the officer recognized him as John Paul Contreras. Dispatch alerted the officer of an active arrest warrant for Contreras and the officer waited for it to be confirmed. Contreras was asked to step out of the vehicle.

Contreras’ warrant was confirmed, and he was placed under arrest. Police conducted a search of the vehicle. Located under the passenger seat, where Contreras was sitting, they found a sunflower seed plastic bag containing plastic tubes with residue and a cut blue straw with a burnt end, a piece of tin foil with burn marks and residue, a plastic seal with brown residue and a small metal knife. In the back seat was an additional piece of tin foil which was wrapped into a ball which had burn marks and a brown residue. The metal knife had a wooden handle, with “John Paul” engraved on it.  The officer asked Contraras what in the vehicle belonged to him. At first he stated that he had a knife. The officer showed Contreras the metal knife and paraphernalia, then Contraras stated, “none of that belongs to me.” When asked, Contreras stated there was heroin in his system because he last used a week ago.