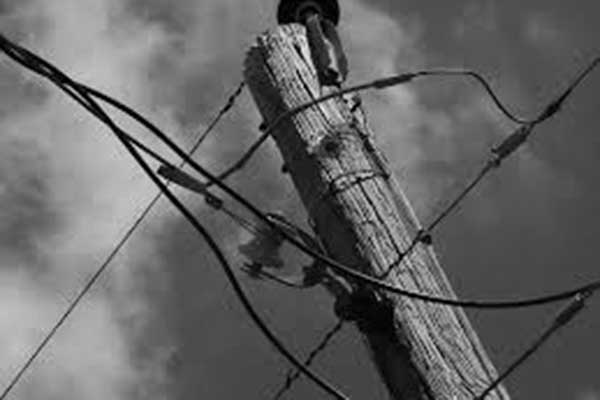 SAFFORD – Just after midnight, last Saturday police were dispatched to the 200 block of East Main Street in reference to a utility problem. When authorities arrived, they found a 2019 International rental box truck facing northbound in the middle of the block and what appeared to be utility cables caught between the cargo box and the cab. The four occupants of the vehicle were advised to remain inside until it could be determined what the cables were.

An officer could see that the box truck had hooked the cables and broke one wooden utility pole east of the truck’s location. The broken pole was now leaning against another set of utility cables. The truck had also dislodged a light pole west of the location. When city utilities arrived on scene, they informed the officers, all of the cables involved were Cable One cables. At that time, the occupants of the box truck exited the vehicle. The driver reported to the officer he was an employee of All About Parties, from Tucson, Az. The driver stated he was delivering party supplies to a party on Main Street and was trying to turn the box truck around and drove up onto the raised dirt parking lot of the Triumphant Learning. The driver reported when he was leaving the parking lot, is when he caught the cables.

City utilities was able to raise the cables off of the box truck and the driver moved it off the road. Cable One was dispatched and informed authorities that around 200 homes had lost Internet connections.