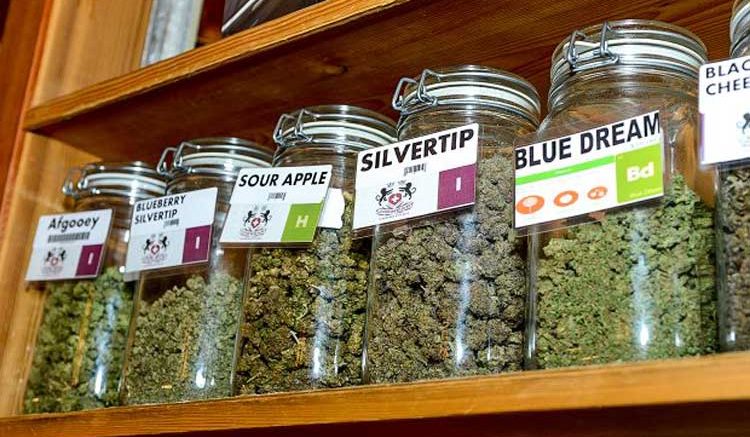 A medical marijuana patient was given a citation for DUI-drug after being involved in a collision on Cluff Ranch Road on March 20.

GRAHAM COUNTY – Two vehicles collide in the twilight. With all things being equal, both drivers might have been found at fault. But all things weren’t quite equal, according to law enforcement.

Graham County Sheriff’s deputies and a Pima Police officer responded to a two-vehicle collision March 20 at about 5:53 p.m. involving a silver truck and a gold sedan. According to a Sheriff’s Office report, the vehicles were traveling in opposite directions on Cluff Ranch Road at roughly the same speed (30 mph) and were both hugging toward the center of the road to avoid the soft dirt shoulder on either side. The vehicles were unable to avoid each other and collided.

A passenger in the truck, Jennifer Whipple, 18, advised she was 5 months pregnant and was suffering abdominal pain. She was eventually transported to Mt. Graham Regional Medical Center by Lifeline Ambulance for evaluation. Her husband, Lane Whipple, went with her.

A 16-year-old male occupant of the sedan was also transported to the hospital for evaluation simply because he is a juvenile. The rest of the occupants were evaluated at the scene by Pima EMS and cleared.

Both vehicles were removed from the scene by Nuttall’s Towing.

There were five occupants in the sedan, and the occupants of the truck said some of them went off into the desert after the crash and then returned. Officers later discovered two pill bottles with marijuana and a glass pipe buried in the desert near the crash. One of the sedan’s passengers, Robert Stone, said the marijuana was his and he was arrested for possession of marijuana. He was later released but was advised the deputy’s report would be forwarded to the Graham County Attorney’s Office for review and charging. 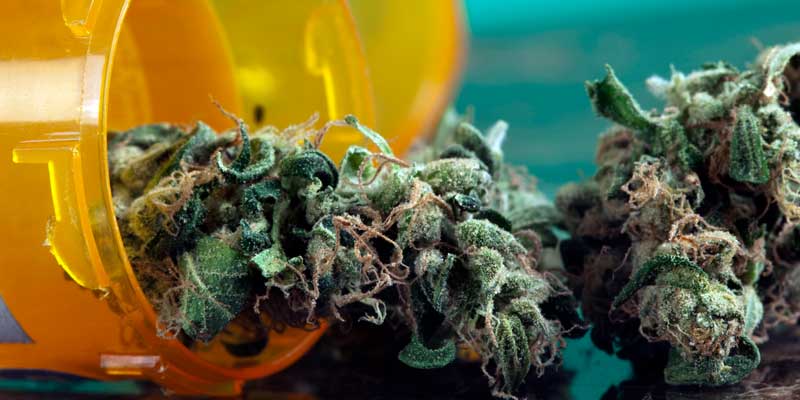 Officers located cannabis in a prescription pill bottle like this one buried in the desert near the crash.

The driver of the truck, Jake Skinner, showed no signs of impairment, according to a Sheriff’s Office report. The driver of the sedan, Chase Evan Smith, 18, allegedly informed law enforcement that he was a heavy medical marijuana user and had last consumed cannabis at 9 a.m. that day. He later produced a medical marijuana card showing his current patient status. He also claimed the pipe to be his and that he normally keeps it in his locked glove compartment but panicked after the collision.

The officer noted that Smith’s eyes appeared to be bloodshot. Smith then underwent two field DUI tests by the Pima Police officer, who said he did not find sufficient evidence to believe Smith was impaired. A Graham County deputy then had Smith go through additional field tests, however, and noted two clues of impairment on both the walk and turn test and a one leg stand test. Smith was then placed under arrest for DUI in the slightest degree and DUI-drug. He was later released after submitting to a blood draw for testing purposes.

In December 2016, the Arizona Court of Appeals ruled 2-1 that medical marijuana patients arrested for driving under the influence of cannabis cannot be convicted of DUI unless there is proof they were actually impaired, no matter how much the level of tetrahydrocannabinol (THC) in their blood is. Normally, Arizona is a zero-tolerance state, and those without medical marijuana cards can be found guilty of DUI-drug if any drug metabolite is found in their system. THC is the active ingredient in marijuana that produces an altered state. The court ruled the level of THC in a medical marijuana patient’s system isn’t applicable since the state doesn’t have any law that lists a certain level of THC in the blood that would presume a patient to be impaired.

“And, according to evidence here, there is no scientific consensus about the concentration of THC that generally is sufficient to impair a human being,” appellate Judge Diane Johnsen wrote in the decision.

According to the Arizona Court of Appeals, the Arizona Medical Marijuana Act of 2010 authorizes patients to have marijuana in their system and a ruling by the Arizona Supreme Court in 2015 allows patients charged with DUI-drug to argue “that the concentration of marijuana or its impairing metabolite in (his or her body) was insufficient to cause impairment.”

The appellate court ruling overturned a 2013 DUI-drug and DUI in the slightest degree case against Nadir Ishak, who was stopped by Mesa Police and was found to have bloodshot and watery eyes. He was subsequently charged with the DUI charges and was found to have a concentration of 26.9 nanograms per milliliter of THC. By contrast, in Colorado, where both medical and recreational marijuana is legal, the state statute lists anyone with THC above 5 nanogram is presumed impaired.

The ruling shifted the burden of proof of impaired driving from the defendant to the prosecution, which, since the amount of THC in the blood wouldn’t matter, would need to have expert testimony and some other proof that the defendant was indeed impaired for a conviction. The deputies attempted to have a drug recognition expert from the Arizona Department of Public Safety arrive at the scene to test Smith but one was not available. With different views from officers from the Pima Police Department and Graham County Sheriff’s Office on whether it appeared Smith was indeed impaired, it would appear that he will have a defendable case in court.