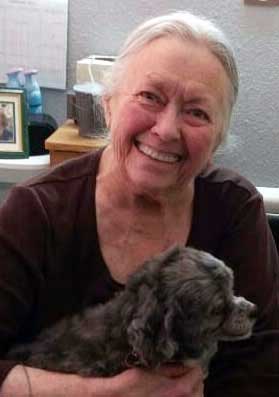 Gayle was a member of the Ysleta Roughriders in 1953, competing in barrel racing.  She was crowned as the Hidalgo County Rodeo Queen in 1956, and she then graduated from Lordsburg High School in 1957.  On April 10, 1957, she married Bud Cox in Phoenix, Arizona, and the couple was blessed with 3 children; Kimmie, Brenda, and George.  She enjoyed being a homemaker and caring for her family.

Gayle also enjoyed her dogs and her horses, gospel music, arts & crafts, working in her yard, and visiting with her friends.  She worked in the Arizona Racing industry and for a short while, she also worked for the Duncan Valley Electric Company and later began working for Dr. JJ Lovett for 18 years before retiring in 1998.

She trained racehorses with her husband Bud for many years and was a supporter of the local FFA & 4H.  A few years after the death of her husband Bud, she married  Don Wilson in Duncan, Arizona on December 27, 1984.

She is preceded in death by both of her husbands, Bud Cox & Don Wilson, her sister Jan Durrett, her brother Butch Busselle and her granddaughter Hannah Farbo.

A memorial service will be held at a later date.