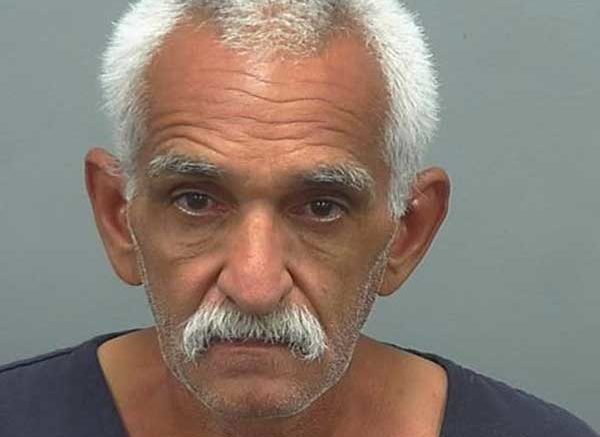 SAFFORD – Police were dispatched Wednesday night to Walmart due to a report of a man that had left the store pushing a shopping cart with two flat screen TVs without a receipt. The responding officers found the abandoned shopping cart down by the Ice King but the TVs were missing. Later the officer returned to Walmart where they were given copies of the of the surveillance photographs of the man leaving the store with the TVs.  The total cost or the TVs was $301.12.

Friday, authorities were dispatched to the 200 block on 9th Street where it was reported that a person wearing a ski mask was seen in the Johnson Motors car lot but then fled into the Life Line ambulance property. Officers spoke with Life Line ambulance personal who reported they had heard someone either on their property or in the fenced commercial yard. Another officer was speaking with a man whose property is connected to the Life Line property. When police asked the man if he or anyone on his property knew anything about a person wearing a ski mask and if authorities could see who was at the residence, the man complied. The police could see two men in the bedroom, one on the bed and the other sitting inside the door sharpening a machete. The officer noticed the man sitting had recognizable features that he felt matched the photos from the prior theft at Walmart. The officer retrieved one of the photos from his patrol car and went back to ask the man, identified as Anthony Ybarra, if it was him in the photos. Ybarra responded that he had already spoken with authorities about it. When Ybarra was asked where the shirt was that he was wearing in the photo, he retrieved it for police off the closet shelf. After walking outside with police, Ybarra admitted that it was him in the photos from two days prior taking the TVs. Ybarra reported that he had hidden the TVs in the canal and returned later to retrieve them and told police he had sold them. The officer asked how Ybarra sold the TVs, and he reported that he waited outside of Thriftee market asking people if they wanted to buy a TV. He claimed when someone wanted to buy one of them, he retrieved the TV by the railroad tracks where he had hidden them. He reportedly sold them for $100 each.

Ybarra told authorities he was originally from the Phoenix area but was currently staying with a local man. When the police checked, it was discovered that Ybarra had several local incidents and two non-extraditable arrest warrants out of the Phoenix area. One of the warrants was for a violation of court order in reference to a shoplifting , and also a local shoplifting.

Based on Ybarra’s admission of shoplifting the TVs and selling them outside of Thriftee, along with the active arrest warrant out of the Phoenix area for violation of court order for shoplifting, as well as the local shoplifting, authorities concluded Ybarra committed a felony shoplift. Ybarra was arrested for shoplifting and trafficking in stolen property, transported and booked in the Graham County Jail.