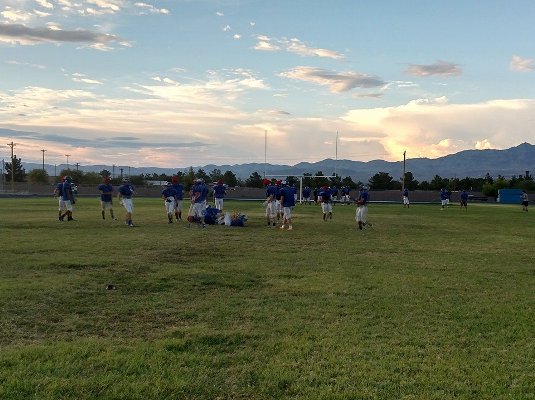 In early April, the Safford Unified School District Board voted to approve Eric Hjalmerson as the new Varsity Football Coach.

Hjalmerson was previously the Head Coach at Globe High School for 2 seasons starting in 2009. More recently he had been on the staffs at Dobson, Poston Butte and Florence and is currently employed at San Tan Foothills High School.

Hjalmarson has 13 years of coaching experience including as the Head Coach at Globe in 2009 and 2010.

He played high school football at Blue Ridge under legendary coach Paul Moro. He was a part of 3 state championships. He then played 2 years at Eastern Arizona.

Coach Hjalmarson had this to say after the board approved him. “It’s a great opportunity! Small school football in eastern Arizona is special and I’m. humbled to be the Head Football Coach at Safford High! Go Bulldogs!”

Hjalmerson takes over the Bulldog program after Mike Alba resigned after 7 seasons as Head Coach.

The new look Bulldogs started their Spring/Summer workouts on May 11th and will continue all summer. Hjalmerson plans to take the squad to two summer football camps, one in Northern Arizona and the other in California.