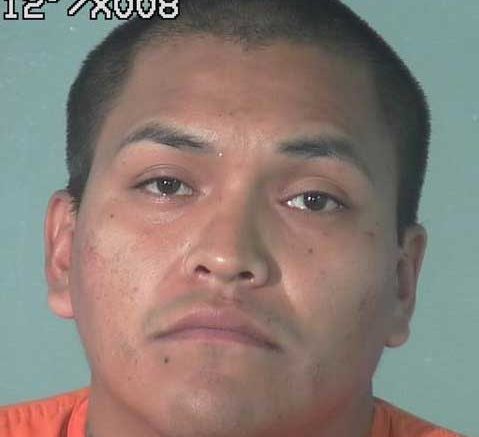 SAFFORD – Domestic disputes can be difficult for authorities to understand, in a he said/she said situation, except for when officers come upon an assault in progress.

Loren George Cosay was booked into jail on assault, domestic violence, disorderly conduct, and possession of drug paraphernalia on October 6 when officers came upon Cosay actively assaulting his girlfriend.

A Safford police officer was called on Friday to the area of 6th avenue and 8th street in Safford in reference to a domestic dispute. When the responding officer came upon the location of the alleged dispute, he found a vehicle that was parked on the shoulder of the road facing west

The responding officer came up to the window of the car, opened the door, and ordered the man onto the ground. After Cosay was handcuffed, the officer performed a search and recovered a metal smoking device with what appeared to be marijuana residue. Afterward, tests were run to determine the content of the residue, and it was found that it was indeed marijuana. According to the report, the officer also could smell a strong odor of alcohol on Cosay’s breath.

When the female victim was interviewed, officers noted that she was bruised and bloodied. The victim said her boyfriend had been drinking at the American Club Bar during the fair parade while the victim was sitting with her children on the sidewalk across from El Charro. When the victim was driving her car with the kids in the back seat, Cosay became hostile toward her. According to the report, the victim said Cosay tugged at the steering wheel while she was driving with the children in the car. After the victim pulled the car to the side of the road, Cosay continued his assault until officers arrived.

Emergency services arrived and evaluated the condition of the victim, but she refused transport to the hospital. After being cleared by the responding officers as being fit to drive, the victim left.
According to the Centers for Disease Control and Prevention, more than 31 percent of women in the United States have been physically abused by an intimate partner in their lifetime. Safford has a Safe House located at 1601 S. 20th Ave in Safford. The Mount Graham Safe House’s phone number is: 928-348-9104 with an alternate phone number of: 1-888-269-9104. You can also visit the Mount Graham Safe House’s website by clicking here