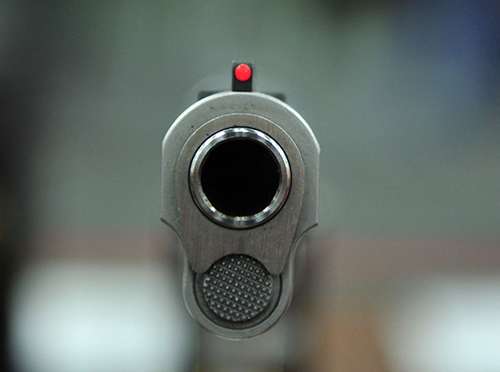 On Thursday, March 03, 2016, Penny Kempton called Pima Police regarding two men following her boyfriend to his residence and threatening him with a pistol. The two men, a Derrick, and D.J. Contreras, followed the boyfriend, Chris Plimpton home. After firing their pistol twice, the two intruding men left in an unclear direction.