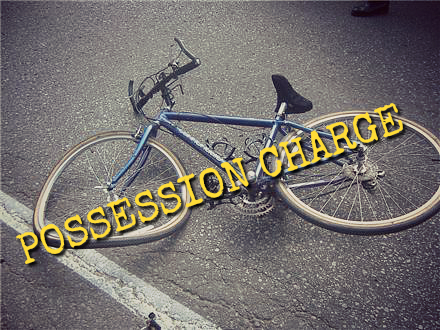 SAFFORD – Officers were dispatched in reference to a welfare check about a man lying beside his crashed bike and bleeding from his head.

Responding officers found the unconscious white bald man lying in the road on Monday night. According to the police report, the officer found him lying on his side and he had appeared to have fallen off his bike. The responding officer announced his presence and shook the man’s shoulder.

The man awoke and seemed confused and disoriented. The man later identified himself as Ryan Walker. The responding officer could smell the strong odor of alcohol radiating from Walker. An ambulance arrived at the scene and checked on Walker’s physical condition. After this, the ambulance crew released him into police care. Before placing Walker into the police unit, the responding officer asked Walker if he had any weapons in his possession.

Walker told the officer that he could ‘frisk’ him if he so desired. The officer did so and found a marijuana pipe in Walker’s pocket. Walker admitted to not having a medical marijuana card. After this, the responding officer didn’t find any other illegal items and charged Walker with a citation of marijuana possession. After giving Walker the citation, the officer loaded Walker’s bike to the back of his unit and drove Walker to his residence. Walker asked to be dropped off a short distance away from the residence, and the officer released him. Walker’s bike was so badly broken that he had to carry it away.