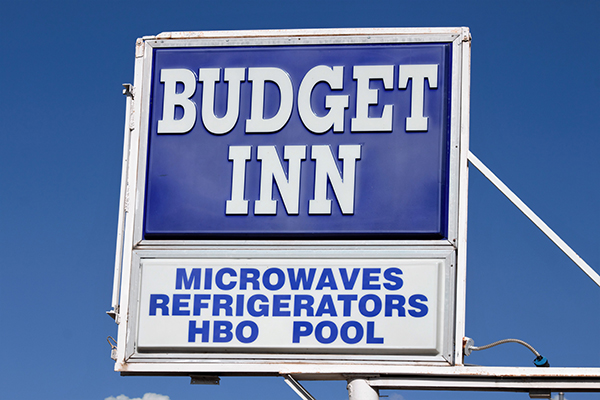 Jon Johnson Photo/Gila Valley Central: Officers often stake out the Budget Inn due to the propensity of local drug activity there. This time, the owner called officers after an occupant failed to check out and couldn't be wakened.

SAFFORD – A suspicious man lying in a car in the parking lot of the Budget Inn led to the seizure of roughly $15,000 worth of methamphetamine and marijuana early Monday morning.

Safford officers thwarted the alleged drug-dealing operation after initially discovering a man in possession of drug paraphernalia in the parking lot at the Budget Inn at 1215 W. Thatcher Blvd. 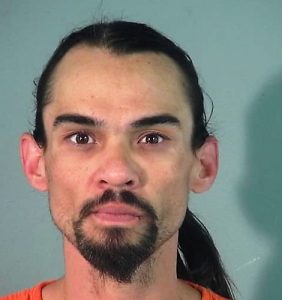 According to a police report, an officer located a man lying in the back seat of a car in the inn’s parking lot at about 12:13 a.m. The man would not give officers his name but said he was staying at a room at the inn with some friends. Another officer arrived at the scene and noticed the man, later identified as Daniel Hill, 35, of Show Low, was hiding a marijuana pipe. After admitting he did not have a medical marijuana card, Hill was placed into custody.

The officers then knocked on the room where Hill said he was staying and came upon a man with a vicious dog.

After tying the dog to a patrol vehicle’s bumper, the man, identified as Christopher Hill, 40, formerly of Taylor, Arizona, admitted he had a methamphetamine pipe in his pocket. A search of the room Christopher Hill was in yielded slightly more than 6.25 ounces of methamphetamine in different locations, nearly 5 ounces of marijuana and a plethora of drug paraphernalia, including three digital scales, a metal scale, a marijuana grinder, plastic baggies and a Sig Sauer P226 Elite, .40-caliber semi-automatic pistol. Christopher Hill is a prohibited possessor of a firearm stemming from a 1999 conviction of transportation of a dangerous drug for sale out of Navajo County Superior Court. 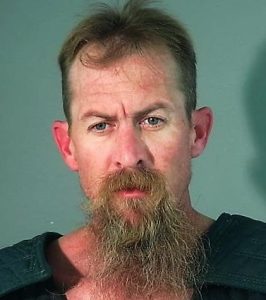 The room was rented by a local woman, who, after being contacted at her residence, said she had just met Christopher Hill a couple of weeks ago and that he asked her to rent a room for him because he was tired and did not have the proper identification to rent it himself.

Daniel Hill, who is also a prohibited possessor of a firearm stemming from a 2004 conviction of sexual conduct with a minor out of Navajo County Superior Court, was booked into the jail on charges of possession of drug paraphernalia and refusing to provide a truthful name when lawfully detained.

The vicious dog was taken from the scene by Safford’s Animal Control officer to the Graham County Animal Shelter.

This article has been updated to reflect drug information not disclosed in the original police report. 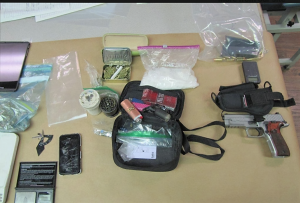 Contributed Photo/Courtesy SPD:
Roughly $15,000 worth of drugs were seized along with a gun and various drug paraphernalia.