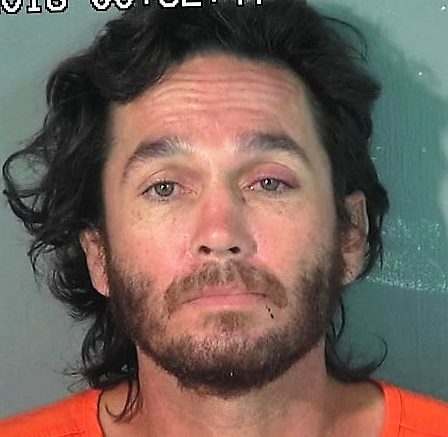 GRAHAM COUNTY – Elation from a cash windfall was short-lived for a woman after an acquaintance damaged several pieces of her property.

Sheriff’s deputies were dispatched to a residence on East San Jose Road at about 8:53 p.m. on Aug. 2 regarding an assault.

Upon arrival, authorities noticed several damaged items, including a wooden chair, computer modem and door. The victim said her acquaintance, John Christopher Rodriguez, 46, of Clifton, damaged the items after she declined to share a recent cash windfall with him. She said she had just received $4,000 and Rodriguez came to the residence shortly afterward.

Rodriguez has a history with law enforcement and was charged with possession of a dangerous drug, possession of drug paraphernalia and theft in two separate instances in 2015, among other charges.

The woman said Rodriguez did not harm her physically, but that she did injure her head when she fell during the incident. She declined to have medical responders called to the scene.

Rodriguez allegedly admitted to damaging the items and was subsequently arrested and booked into the Graham County Jail on charges of disorderly conduct/domestic violence and criminal damage/domestic violence.

Rodriguez appeared in front of Safford Justice of the Peace Precinct 1 Judge Gary Griffith, who set his bond at $1,000 paper or cash. Rodriguez is scheduled for arraignment on Aug. 23 at 2:30 p.m.

Intoxicated man cited for trespassing and disorderly conduct at motel