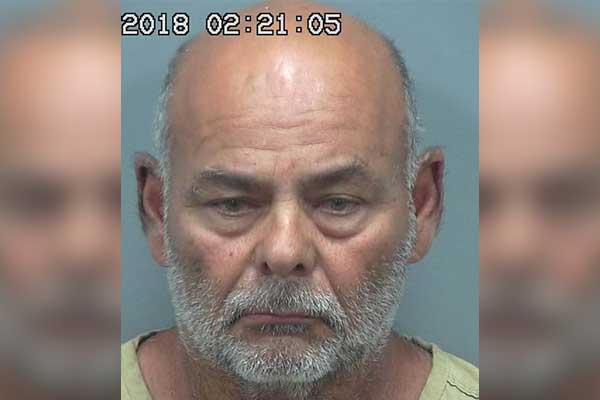 SAFFORD – An officer on patrol just past midnight on Monday witnessed a vehicle fail to stop at the stop sign at 8th Street and 1st Avenue. The officer activated his emergency lights and watched as the vehicle made a sharp left turn into the 8th Street Apartments where it came to a stop.

Police contacted the driver, who was identified as Eddie Sanchez, and informed him of the reason for the stop. Sanchez, just a few days prior had been arrested and booked in the Graham Jail after running from police and being caught with possession of drugs and two outstanding warrants. Sanchez had given the officer his Arizona Identification Card, and told the officer that his license was suspended. When the officer was checking for warrants, dispatch revealed Sanchez’s license had been revoked.

A citation was written and explained to Sanchez and an inventory of the vehicle was being conducted prior to the vehicle being towed. During the inventory, a large fixed knife with a 7 1/2 inch blade was found underneath the driver seat. During the officer’s contact with Sanchez, it was discovered Sanchez had been to prison. Sanchez stated his rights had been restored 15 years ago but he did not have any paperwork in his possession to show the officer. A search of the Department of Corrections website, revealed Sanchez had been charged and spent time in prison for misconduct involving weapons. A criminal history was requested through dispatch at that point.

Due to conflicting statements and observed felonies, Sanchez was arrested and transported to the Graham Jail. The officer later viewed Sanchez’s criminal history, observing multiple felonies, which included weapons misconduct.