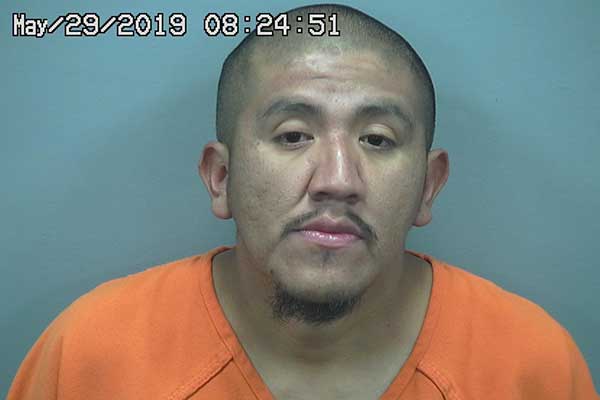 SAFFORD – Last Tuesday around 8:20 pm a disturbance had been called in to authorities along with a description of the male suspect. An officer located the man matching the description walking on the sidewalk in front of the apartments on 20th Avenue. The man was identified as Jeremy Hooke. The officer could see Hooke had a small cut on the back of his head and appeared to be very intoxicated. The only part of the conversation the officer could understand was that Hooke had been in an argument with the mother of his children.

The female victim was contacted near her apartment and asked what had happened. The victim stated Hooke was not allowed on the property. Hooke had knocked on her door and asked if he could sleep there and the victim had told him “no”. It is reported the victim and Hooke began to argue. The victim apparently went inside and sat on the couch, when Hooke punched her in the head twice. The officer could see a bump over the victim’s eye. The officer asked the victim how Hooke received a cut on the back of his head, and she stated her 8 year old son had thrown a glass cup at Hooke. The officer asked the child if that was true, and the boy nodded his head yes.

When the officer went to the apartment, a broken glass cup was found on the ground near the couch where the victim had reported the incident happened. Lifeline ambulance arrived and treated the victim and Hooke.

Hooke was placed under arrest for assault and disorderly conduct. He was handcuffed and transported to the Graham County Jail. Hooke was recently arrested in April on another charge of assault.