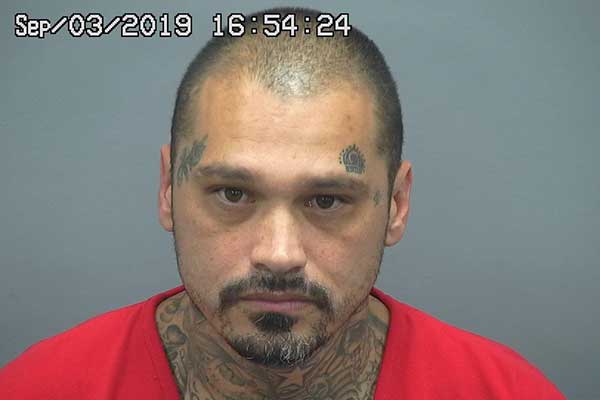 SAFFORD – Authorities were dispatched to a Speedway gas station on East Highway 70 last Monday at approximately 3:00 a.m. in response to reports of an alarm indicating glass breakage.

As an officer was approaching the gas station he saw a male subject walking eastbound in the middle of the center turn lane on the highway. As the officer approached, the man turned and saw him and started running.

As the officer entered the parking lot of the gas station he heard the alarm sounding and saw that the front windows were broken. He radioed to other officers that there appeared to be an attempted burglary and apprised them of the location of the suspect.

The officer walked out to the highway and saw the suspect, later identified as Eric Flores, walking back toward him. Flores was reportedly sweating profusely on his face and through his tee shirt. He approached the officer and said that he had been assaulted by a group of individuals who had driven off just prior to the officer’s arrival. According to the police report, Flores spoke in an accelerated manner and his statements were not in chronological order. Flores told the officer that numerous subjects in a bunch of vehicles were following him and had assaulted him at one point.

The officer asked about the broken windows. Flores said that he had run to the gas station in an attempt to get away from his assailants. He tried to go inside but the door was locked. He said that his alleged assailants who had been chasing him began throwing rocks at him and broke the windows. As Flores was telling his story, he would stop and point out vehicles, either driving by or in the parking lot across the street, identifying them as his assailants.

Other officers arrived on the scene as Flores pointed out three people standing on the opposite side of the highway and accused them of being involved in the alleged chase and assault. The officer walked across the street to talk to the people. They willingly identified themselves to the officer and said that they were sitting outside the business using the free wi-fi. They said that they had witnessed the whole thing.

The witnesses said that a woman walked in front of the gas station, followed by Flores. They said that it sounded as if Flores and the woman were arguing. Flores threw three rocks at the windows, started to walk across the highway, then turned back the other way, causing a car to swerve to avoid hitting Flores. The officer asked if the witnesses had seen any vehicles following Flores. They responded that the only vehicle they saw was the one that had to swerve to avoid hitting Flores.

The officer went back to the gas station, read Flores his Miranda Rights and asked him if he understood his rights. Flores replied, “I do, but I don’t know what I did.”

Flores had given consent for another officer to read his text messages on his cell phone. One of the texts apparently read, “I just drugged up.” After hearing the officer read the text Flores admitted that he’d gotten high, or “drugged up.”

The officer told Flores that he knew without a doubt what happened and asked Flores if he was under the influence and just threw the rocks for no reason or if he was trying to break in to the gas station.

Flores again claimed that people were chasing him and he grabbed some rocks to throw at their vehicles but they were driving too fast. He said that he was waiving his arms to get the attention of people in the store but nobody was responding so he threw rocks at the window to get their attention.

Flores was placed under arrest and escorted to a police vehicle. As the officer was placing him in the back seat, he motioned with his head toward the north and told the officer that the people over there were the ones that were chasing him. The officer shined his flashlight in the direction that Flores was indicating and all he could see was a chain link fence with nobody around.

Flores was transported to the Graham County Jail and booked for criminal damage.

A few hours later a Safford police officer was dispatched to a business on 8th Street near Highway 191 in response to a report of damage to their front window. The reporting party said that somebody had thrown a rock through his office window sometime between the previous afternoon and that morning. There was a rock inside the business.

Just before 6:00 a.m. police were called to a church on highway 191 near 8th Street in reference to the report of found property. When the officer arrived, he was led to 2 duffel bags that had numerous articles of clothing strewn around them. The officer found a wallet, which identified the owner as Eric Flores. Among the items on the ground, the officers found a loaded syringe with what appeared to be heroin. The officer gathered the items and took them back to the police station, where he learned that Flores had been arrested earlier in the area by officers working the previous shift. 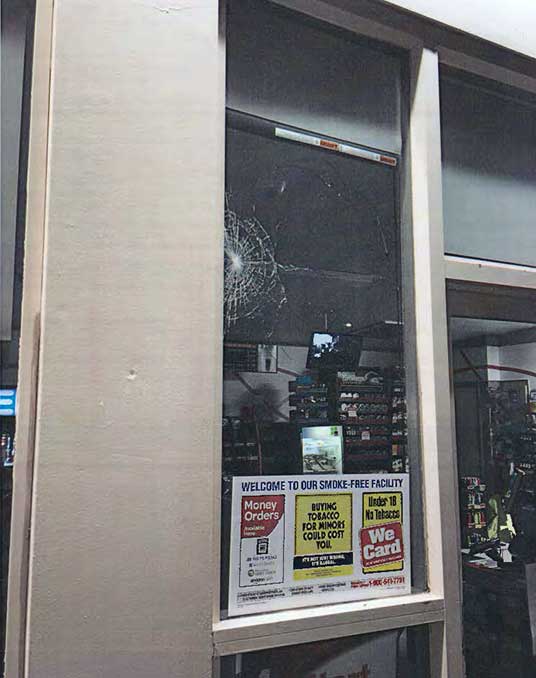