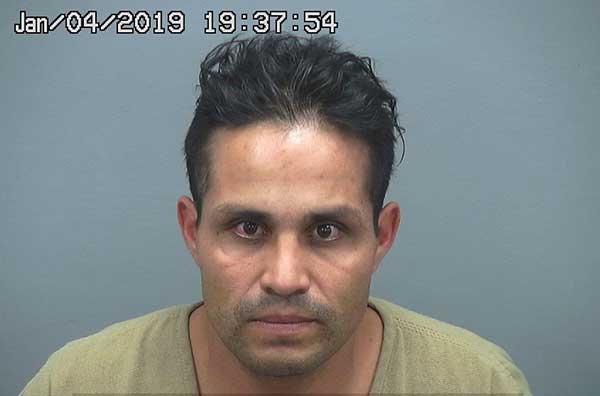 Safford police were sent to the 400 block of 7thAvenue on January 4, 2019 at approximately 1:00 PM in response to a fight in progress. Officers arrived and apparently broke up the fight and secured the alleged aggressor in handcuffs while they sorted things out.

One of the victims said that he was across the street when he saw a man, identified as Juan Garcia, assaulting an elderly man in the yard across the street from his residence. He told authorities that he went to the help the victim and was assaulted by Garcia. He said that Garcia had the Elderly man on the ground and was hitting him. The neighbor was able to gain control over Garcia and hold him on the ground until authorities arrived.

The victim said the he owns the duplex where the assault took place. He was there doing some maintenance and was approached by Garcia and a woman. Garcia apparently told him that there was something at the residence that needed to fixed and led him to the side of the duplex. Garcia then suddenly turned and started assaulting the man for no apparent reason. The man’s left eye was cut and swollen but he refused medical attention at the scene.

When authorities asked Garcia what happened, he reportedly started babbling about things he sees and hears that doesn’t make sense to anyone else so he has to ‘take action.’ According to the police report Garcia’s statement didn’t make any sense, and he denied assaulting the man. When asked if he used any illegal substances, Garcia said, “I just smoke weed.”

Garcia was arrested on two counts of assault and disorderly conduct. While searching Garcia, officers found a steel socket with marijuana residue in his right front pant pocket. Garcia was booked into the Graham County Jail without incident.