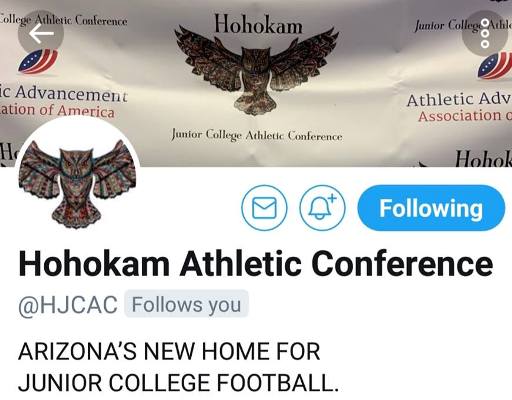 As of Sunday, a new grassroots effort to save Junior College football in Arizona is underway. The Hohokam Athletic Conference has been formed and is actively recruiting players to be part of 4 unnamed teams in Maricopa County.

An email to the email address provided by the league has yet to be returned but from the information I’ve gathered from their social media posts, this is how it will work:

The HJCAC will be privately funded. Partially by the online junior college and partially by donations. They hope to play the 2019 season as a club league and then apply for NJCAA status for the 2020 season.

As of January 8th, the league has not reached out to Eastern Arizona College according to Kris McBride, director of marketing and public relations for EAC, nor has a schedule been released.