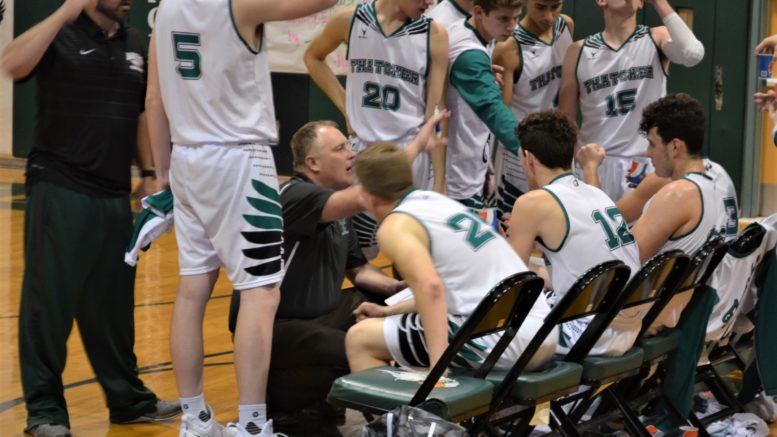 Kason Crosby and Rulon White had the hot hands Tuesday night as they lead the Thatcher Eagles to a 60-51 win over the Pima Roughriders.Crosby poured in 23 points and White added 20, which he capped with a two handed dunk in the 4th quarter.

Pima hadn’t played a game since December 19th in the Championship game of the EAC Holiday tournament. Thatcher was playing their 11th game since the championship game, including a win over 3A #1 Valley Christian.

Pima showed no rust in the 1st half though as they lead Thatcher 11-8 at the end of the 1st quarter and 27-22 at halftime. The Riders were paced in the first half by 10 points from Alec Judd.

The 2nd half was a different story however as the Eagles outscored Pima 20-9 in the 3rd quarter to take a 42-36 lead. Thatcher would stretch their lead to as many as 14 in the 4th quarter before holding on to get the nine point victory.

“We needed to execute better offensively in the 2nd half,” said Pima Head Coach Cliff Thompson. “We had too many turnovers that led to fastbreak opportunities for Thatcher. We put our defense in bad situations.”

Thatcher Head Coach Chris Riehemann pointed to his defense in the 2nd half as the key to victory. “I thought Pima was more physical than us in the 1st half. We did a much better job of protecting the ball in the 2nd half and putting pressure on the rim.”