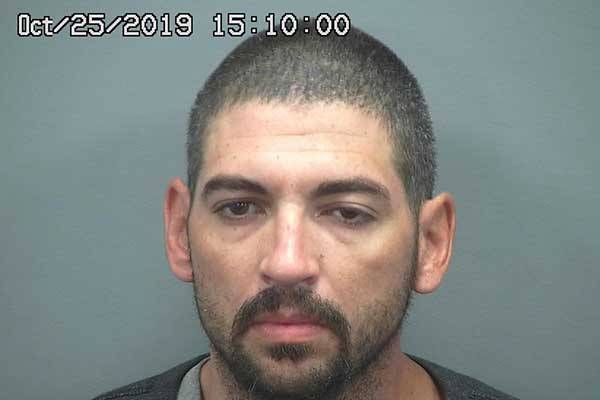 Safford police officers were dispatched to a residence on 7th Street last Friday morning in response to a disturbance in progress. Dispatch told the responding officers that two men could be heard screaming and yelling over an open 911 line. The calling party said that he had been assaulted. While responding, officers were advised that the other party had left the area in a vehicle.

When an officer arrived at the residence he contacted the reporting party who was standing next to his car in the driveway. The vehicle had visible damage to its front bumper and was leaking radiator fluid. The officer also noticed that a garden hose pipe had been run over and a fence had several bent posts. There were several black tire skid marks on the concrete sidewalk that led to the front door. In front of the reporting party’s vehicle there were two skid marks in a dirt area where it appeared that a vehicle had spun is tires.

The reporting party told the officer that he is the landlord of the property and had come to serve an eviction notice on the tenants. He told the officer that he was surprised to find a man named William Butler at the house and said that he seemed to wake Butler up. The landlord had apparently told Butler previously that he was not supposed to be at the house. An argument broke out between the two men and Butler told the landlord to move his vehicle so Butler could leave, but the landlord reportedly refused. Butler then tried to get into the landlord’s car to move it. A scuffle broke out as the landlord tried to prevent Butler from getting into his car. The landlord said that Butler pushed him and punched him with a closed fist on the right side of his face.

A search of Butler turned up several lighters and some foil with a small chunk of a burned, black substance. Butler said that he has been a heroin addict for the past 6 years since he was released from prison. Because of his addiction he said that he has been unable to maintain a steady job and has been in trouble continually.

Butler was taken back to the residence where the altercation took place. The officer again spoke to the landlord, who told him that he felt like Butler was trying to run him over when he left. He said that he had to jump out of the way of Butler’s vehicle to avoid being struck. Butler said that the landlord kept getting behind his vehicle and was trying to prevent him from leaving.

The officer then told Butler that he was facing charges of assault and domestic violence, but because of his cooperation he was not going to seek charges for possession of drug paraphernalia. Before leaving the scene, however, Butler began screaming profanities at the landlord from the back seat of the patrol vehicle. After his outburst, Butler reportedly became uncooperative. He was transported to the Graham County Jail and booked on assault charges. The officer has requested that drug paraphernalia possession charges be added due to Butler’s outburst and lack of cooperation at the end of the investigation.