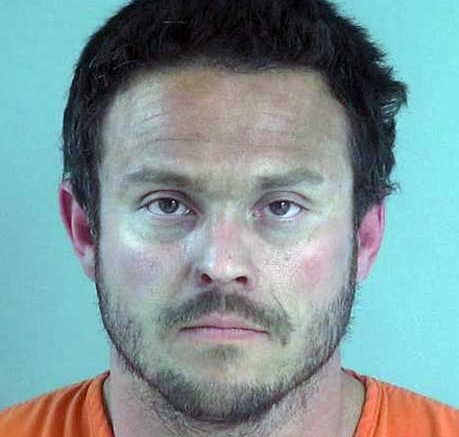 Contributed Photo/Courtesy GCSO: Joseph Vigil was arrested for aggravated assault with a deadly weapon after allegedly pointing a gun at people during an altercation and threatening to shoot them.

Officers were dispatched to a residence in the 300 block of 13th Street just after midnight regarding a neighbor who had pulled a gun on a subject during a dispute.

According to victim and witness statements, Vigil puled up to the victim’s residence at a high-rate of speed and confronted a juvenile male who was outside with his girlfriend. Vigil allegedly confronted the juvenile about an incident that had occurred several months prior.

During the confrontation, the victim’s older brother was made aware of what was happening and went outside and got between Vigil and his brother. At that time, according to witness statements, Vigil produced a black revolver and threatened to shoot the brothers and the woman. Vigil then retreated to his residence.

After being informed of the situation, officers located Vigil in the doorway of his residence. Vigil then went into his yard and spoke with them. He said he had issues with the brothers next door and that one of them had threatened his wife and family several months ago. He said he hadn’t seen him since the threat until that night, so he went over to confront him about it.

Vigil added that when the brother came out he thought he was going to get jumped and so he pulled out his cell phone and pretended it was a gun. He did say he had weapons in his home, however, he denied ever actually pulling out a gun even though multiple witnesses described the same color and style of weapon.

Authorities requested to enter the residence to see if such a weapon was in his possession, but Vigil’s wife denied them access and said all their guns were stored in a safe and that they do not own a revolver.

Vigil was then arrested and taken to jail.