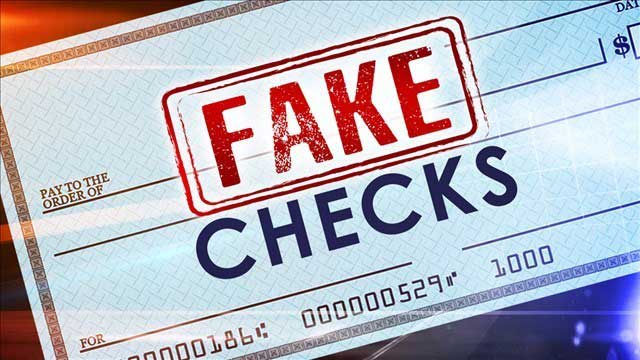 SAFFORD – Last Monday, a local woman contacted the Safford Police Department about a letter she received in the mail. The letter appeared to be from Walmart that was paying her to be a secret shopper. The letter was accompanied by a check for $1,370.00. The letter instructed the woman to go to the store and purchase $70 in groceries and two $500 gift cards. The letter instructs her to scratch the back of the gift cards, take a photo and send it to a number. The woman stated she knew it was fraud and wanted it documented so others don’t get taken.

This type of scam is not new. There are a number of variations of it. The FTC receives regular reports of this and other scams. According to the FTC’s website, here’s how it typically goes:

You get a check in the mail with a job offer as a secret shopper. You deposit the check and see the funds in your account a few days later, and the bank even tells you the check has cleared.

Now you’re off to the store you’ve been asked to shop at and report back on, often a Walmart. Your first assignment is to test the in-store money transfer service, like Western Union or MoneyGram, by sending some of the money you deposited. Or you might be told to use the money to buy reloadable cards or gift cards, such as iTunes cards. You’re instructed to send pictures of the cards or to give the numbers on the cards.

Fast forward days or weeks to the unhappy ending. The bank finds out the check you deposited is a fake, which means you’re on the hook for all that money. How does that even happen? Well, banks must make funds from deposited checks available within days, but uncovering a fake check can take weeks. By the time you try to get the money back from the money transfer service, the scammers are long gone, and they’ve taken all the money off the gift cards, too. (By the way, money orders and cashier’s checks can be faked, too.)

The moral of the story? If anyone ever asks you to deposit a check and then wire or send money in any way, you can bet it’s a scam. No matter what they tell you.

Want to avoid the latest rip-offs? Sign up for free scam alerts from the FTC at FTC.gov/Scams.