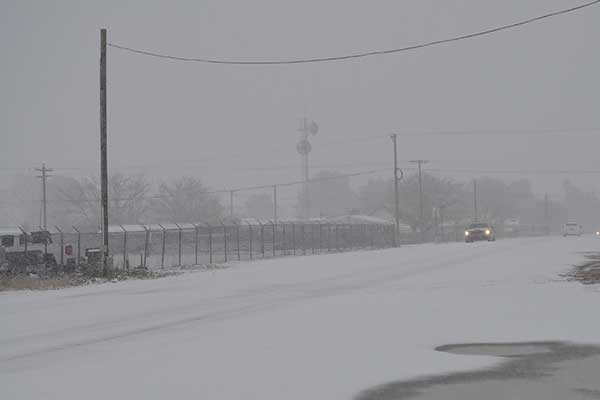 THATCHER – Local authorities are warning about the hazards of driving in the snow. In addition to multiple accidents reported on Highway 70 between Bylas and San Carlos, other accidents have been reported as well.

A driver who was turned around in Bylas due to the highway closure reported an accident involving a semi that occurred in front of them on Highway 70 as they headed back toward Safford.

Thatcher police chief, Shaffen Woods, issued a warning this morning about the hazardous conditions created by snow and ice on the roads.

“There have been traffic collisions reported already, Woods said. “Please reduce your speeds! Stopping distances are increased due to icy roads. Pay attention and increase your distances between vehicles and, if possible, plan your vehicle movements to allow for the increased distance it takes to slow down.”

Some local businesses have reportedly contacted their employees, telling them to stay home today.