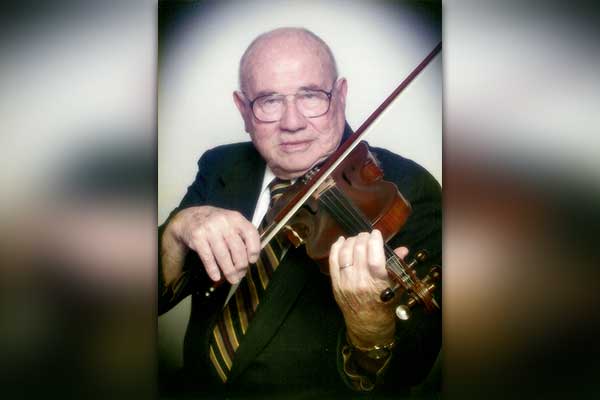 It is with great sadness and at the same time, rejoicing to say that on the morning of May 8, 2020, Heavenly Father granted one of his true sons, Lloyd Keith Nelson, his release from this life.

Keith was born on April 3, 1929, in Wilmar, California, to Edson R, Nelson and Cressa Higgins. He was raised and attended elementary and high school in Thatcher, Arizona. Along with a talent and passion for music, genealogy, and learning, Keith, as he preferred to be called, had three great loves: The Gospel of Jesus Christ, his wife, Edith, and his family.

At an early age, Keith recognized the blessing of music his Heavenly Father gave him and earned his own money for piano lessons. After graduating from Eastern Arizona College in 1949, and the University of Arizona in Tucson, in 1951; his pursuit of music would take a detour to the United States Navy. A Korea War veteran, Keith was honorably discharged in 1955.

Continuing his graduate studies while he and Edith raised their four children, he would earn a M.A. degree from BYU in 1961. Keith would become a music teacher, passing along his love of music, and skill with many instruments, to young people and adults alike. He could also be seen playing in the string section of many community symphonies and orchestras in Southern California and Arizona.

Keith and Edith were blessed to be able to serve a mission for the Church of Jesus Christ of Latter-day Saints, at the Family History Library in Salt Lake City and spent a year in China, teaching English at the University of Qingdao. Ever the reader, Keith’s passion for learning led him to studying History, Genealogy, and up until the last few weeks of his life, he continued his study of Spanish and Japanese.

A valiant priesthood holder, Keith Nelson would share his love of Jesus Christ and His gospel to any and all who knew him. He is survived by: his wife of 64 years, Edith Cluff Nelson; his 4 children, Becky (Richard Ives), Kristina (Loren Marsters), Lanny (Cheryl Morehouse) Nelson and Tammy (Michael Fitzgerald); 11 grandchildren, 20 great-grandchildren; and his 2 sisters, Maryleen Meisters and Ina Cheryl Martin.

Graveside funeral services for Keith will be conducted Saturday, May 23, 2020, at 8:45 a.m., at the Thatcher Cemetery with military honors being conferred by the Gila Valley Veteran Honor Guard.