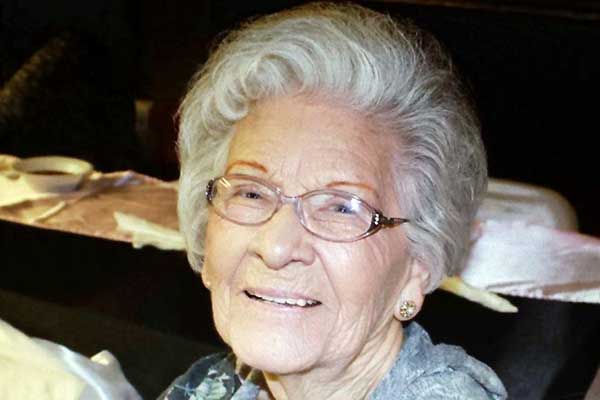 Lilly Sanchez Urrea, 88, of Safford, entered into rest in the early morning hours of May 22, 2018, leaving behind many who loved her dearly.  She was born June 21st, 1929 in Sanchez, Arizona to Samuel D. and Candida Madrid Sanchez. Lilly attended school in the old Sanchez school and was raised with 4 brothers and 3 sisters on the family farm in Sanchez. Her upbringing on the farm made her a very strong, hardworking woman.

Lilly met and married Joe Urrea, and they moved to Clifton, Arizona. They were blessed with 5 children; Robert, Alfonso, Yolanda, Christina, and Debra. She was a homemaker and loved to cook and take care of her family. The family moved to Safford in 1964, where she was active in the VFW Post 95 and the Thatcher VFW alongside her husband Joe. She loved gardening her flowers and hummingbirds. She loved to travel and eat at different restaurants. She was famous for her apple pies, empanadas, friendship cakes and preserving chili for family and friends. She loved spending time with grandchildren and especially the babies.

She was preceded in death by her parents Samuel and Candida Sanchez, brothers Sammy and Benny Sanchez, sister Amanda Tarin and her daughter Debra Urrea.

A viewing will be held on Tuesday, May 29, 2018 beginning at 8:00 a.m. followed by the recitation of the Rosary at 9:00 a.m. with the Mass of Christian Burial at 10:00 a.m. at the St. Rose of Lima Catholic Church with Father Robert Rodriguez as celebrant.  Interment will be in the Sanchez Cemetery following services.

Arrangements are under the directions of McDougal’s Caldwell Funeral Chapel and Gila Valley Crematory. Online condolences may be extended at www.caldwellfuneralchapel.com