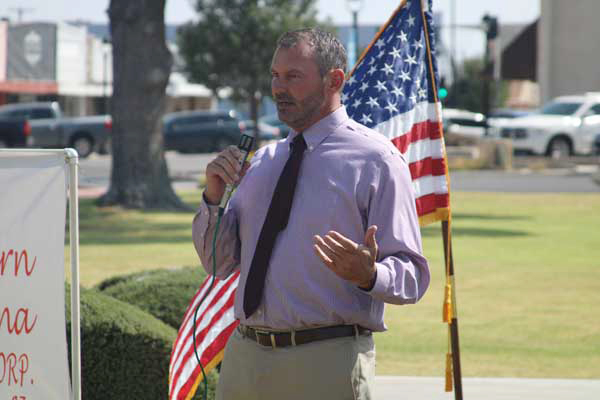 Following a comment made during the call to the public at the Pima Town Council meeting Tuesday, questioning a job posting for a town manager on the League of Arizona Cities and Towns website, area media reported Lewis had resigned his position.

However, in a phone communication to Gila Valley Central, Lewis said that is not the case.

“No matter what you’ve read, I have not resigned,” Lewis said.

Lewis was absent from Tuesday’s meeting, due to a pre-planned vacation from which he will return Monday, May 10. And the council is prevented from commenting on issues raised during the call to the public, due to the discussion not being on the agenda.

Mayor C.B. Fletcher said Lewis remains the manager “until we get formal notice from him. I have not heard a word from Sean, not one word. I haven’t received a text, a phone call or a letter of resignation.”