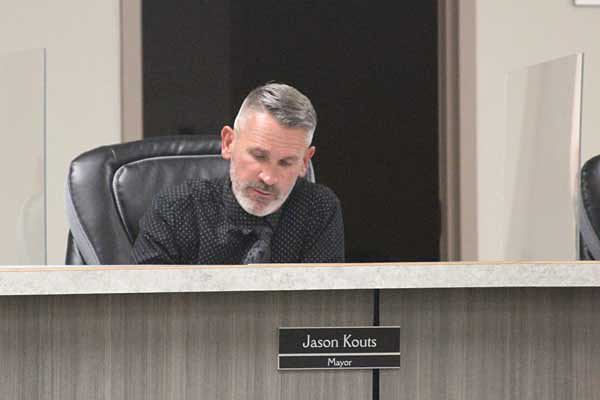 SAFFORD — Safford Mayor Jason Kouts said he wants the city to return to normal when it comes to community events and festivals.

Kouts cited the declining COVID-19 infection rate as well as the re-opening and expansion of businesses as evidence the community is ready for public gatherings.

“Seeing all that makes me say, ‘Hey, I want to see these festivals happen if we can.’ Because especially coming toward the end of the year, it’s all about the kids, it’s about the freedom of Christmas and the expression of (those) activities,” Kouts said.

The City of Safford has cancelled October’s Harvest Festival and Graham County has eliminated the carnival, entertainment and parade from the Graham County Fair later this month, leaving just animal and other exhibits.

However, the Safford Downtown Association is moving forward with plans for the Merry Main Street event Nov. 27 and the city is planning to stage the annual Holiday Light Parade on Dec. 4.

Gov. Doug Ducey’s executive order limiting gatherings of no more than 50 people remains in effect. Kouts said he hopes the governor will soon lift that restriction.

Editor’s note: Reporter David Bell is a member of the Safford Downtown Association board.