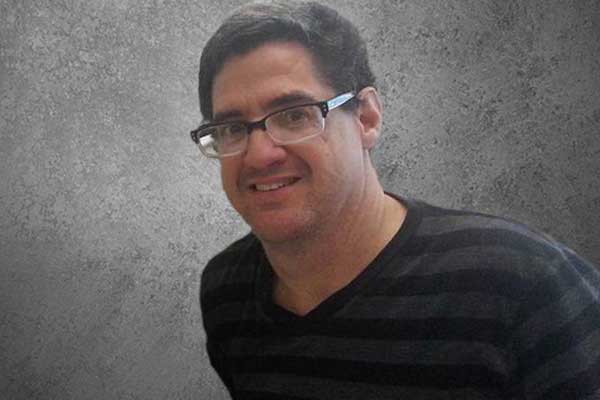 Kevin Royce Wood, of Lakeside and formerly of the Gila Valley, passed away Thursday, 21 February 2019 in Mesa, due to complications from surgery.  He was born 15 December 1969 at Morenci, the second son of Royce Raymond Wood and Sherril Yvonne Brannan.  Their little family, which included his two brothers, David Raymond and Darrell James, lived in Duncan up until the time it was discovered that Kevin was deaf.  His parents were concerned that Kevin was unable to hear but didn’t convince themselves of it until his dad decided to prove it once and for all by dropping a coffee can full of silver dollars onto their hardwood floors while Kevin was sleeping.  Kevin wasn’t disturbed by that at all.  They then began the long journey of getting Kevin diagnosed and educated.  It was decided that it would be best for the family to move to Phoenix in order to get Kevin the assistance he needed.  Kevin’s education began at a very early age.  His parents and siblings had to learn American Sign Language in order to communicate with him.  It was an education for the whole family.  The trick for his parents in the early years was to learn more signs than the kids knew so that they would always be “in charge”.  It was tough, but they made it.  Kevin was smart and learned to sign quickly but he was very stubborn and ornery, too.  He had quite a sense of humor and got quite a kick out of teasing his brothers and parents.

Kevin attended Arizona State School for the Deaf and Blind in Tucson from the age of seven years until about nine years old.  He would spend the week at school in Tucson and then ride the Greyhound Bus up to Phoenix to spend the weekends with his family.  He was obsessed with the bus at that age and wanted to be a bus driver when he grew up.  After that time it was decided to move his education to the Phoenix Day School for the Deaf in Phoenix.  It was much easier for him to be living at home with family all the time instead of just visiting on the weekends.

Kevin graduated from his High School in 1989.  His passion for Greyhound Buses had waned by then and he was consumed with computers.  He was very talented in that technical field. He always managed to find work that let him utilize his computer skills. He spent time employed with a mail order prescription service, as a Postal Worker at Davis-Monthan Air Force Base, as a delivery driver for FedEx, and other truck driving companies, until his health would not permit him to do such physical labor.

He loved to spend time outdoors with his family going fishing and camping.  He was always ready to share in whatever activities the family had planned for the holidays and birthdays.  He absolutely loved cats and they adored him back.  He always enjoyed the family dogs but his cats had his heart.

Kevin was not blessed to find a wife in this life, though not from lack of trying.  He would have dearly loved to have his own wife and children.  He loved and was loved by his many aunts, uncles, cousins, niece and nephews. Kevin was a faithful member of the Church of Jesus Christ of Latter-day Saints.  He loved the members of his Lakeside Ward, they were his second family and really looked out for his welfare.  He loved living in the mountains and being part of that community.

A Memorial Celebration of Kevin’s Life will be conducted in Lakeside, Arizona at a later date.