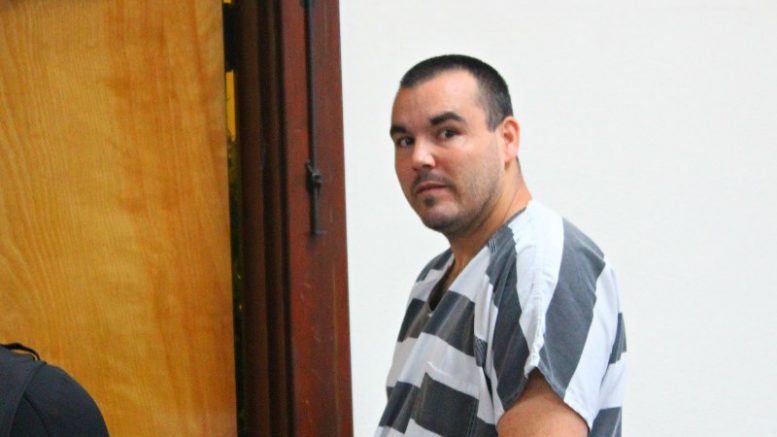 Halamek appeared in Superior Court on Thursday ready for sentencing, but even after a 20-minute discussion in the judge’s chambers with the prosecution and defense, Peterson declined to proceed. However, he did not offer up any evidence to contradict the single charge levied by the prosecution.

Halamek previously pled guilty in January to one count of custodial interference, a Class-5 Felony. The plea leaves sentencing discretion up to the court, which ranges from probation to up to 2.5 years of incarceration. However, Peterson felt that wasn’t good enough.

“I have concluded that it is inappropriate,” Peterson said.

Peterson advised that, according to his judgment, the sentencing should be longer. He then rejected the plea and recused himself from the case at the behest of the defense. Halamek was then scheduled for a status conference Feb. 22 to be held in front of a conflict judge, most likely one from Gila County. While the hearing is scheduled for a status update only, the judge could proceed with sentencing if he/she was caught up with the case and everyone was in agreement.

Peterson declined to comment to Gila Valley Central why he rejected Halmek’s plea because the case is ongoing.

Halamek is being held on a $100,000 cash or paper bond. Custodial interference is when  an individual: “[t]akes, entices or keeps from lawful custody any child, or any person who is incompetent” even though the individual knows that he has no legal authority to keep said child.”

Halamek was arrested after an Amber Alert was issued Dec. 5, 2016, when 12-year-old Savinya Kimball went missing from her school bus stop. Halamek reportedly picked up the juvenile in his blue Dodge pickup truck and took her into a mountainous region of New Mexico. After his truck broke down, the pair stayed the night and then began walking back to Arizona, according to statements made to authorities. Officers received several tips the morning of Dec. 6 that Halamek and Kimball were spotted walking along Highway 78 in the Mule Creek area of New Mexico, and a Grant County Sheriff’s officer located the pair and took Halamek into custody. No evidence was found or given that Halamek injured Kimball in any way.