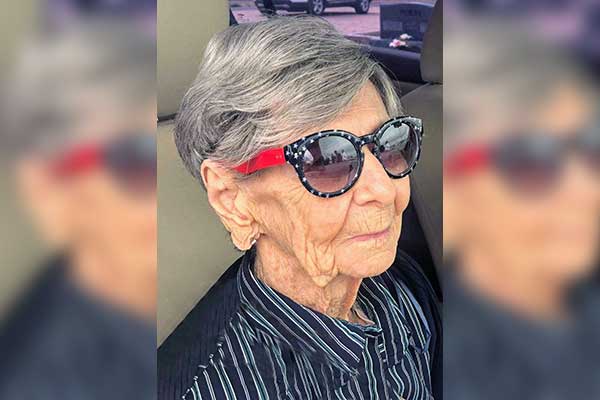 Joan Hill Layton, long-time resident of Safford, passed into eternity in the evening of April 25, 2019.  She was born in Norfolk Virginia to Sydney Hodgson & Emily Hill Hodgson on March 4, 1923.

Joan grew up in New Jersey and went to school at Cape May, graduating in 1941.  After high school Joan began working for a bank there in New Jersey as a bookkeeper.  In 1946, Joan moved to Arizona settling in Safford to begin working for Don Welker at Valley National Bank where she stayed for 10 years.

On March 14, 1956, Joan married Junior Grant Layton and they made their home in Safford where Joan remained for the remainder of her life except for a few years they spent in Washington where Grant owned and operated a service station.  The couple was blessed with children Ellen and Christopher Layton and step-children Suzanne, Peggy and Patricia Layton. When the family returned to Safford, Joan began working for Safford Builders as a bookkeeper and again, she worked for 10 years before retiring.

Joan was an active member of The Church of Jesus Christ of Latter-day Saints and served in many capacities: Primary teacher, Jr. Sunday School teacher, Relief Society teacher and a visiting teacher.

She is survived by her son Christopher Layton of Houston, TX, daughters Suzanne Shurtz of Mojave Valley, AZ and Patricia Layton of Mesa, AZ and several grandchildren, great-grandchildren, nieces and nephews.

Services for Joan will be held on Friday May 3, 2019 at McDougal’s Caldwell Funeral Chapel. A viewing will start at 9:00 a.m. till 11:00 a.m. The funeral Service will begin at 11:00 a.m. with interment to following in the Thatcher Cemetery.