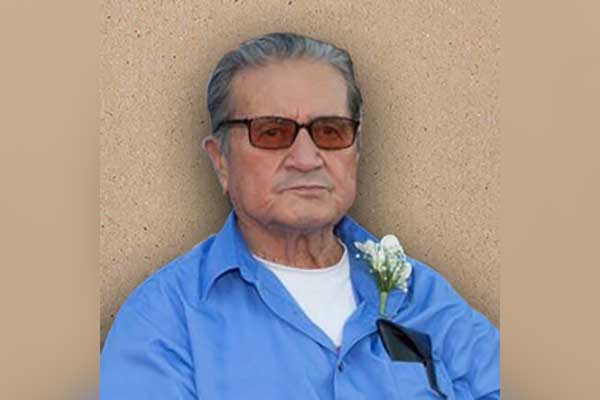 Jesus was preceded in rest by: his parents, Quirino and Gienoveva; a brother, Paul; his sister Rosie; a son, Jesus; his daughter, Elisabeth Daughter; in-laws Susan and Barbara; and grandchildren, Christa, Nathaniel and Juardie.

Jesus C. Peña (Chu-Chi) our beloved husband, brother, dad, grandpa, uncle, cousin and friend was born in Clifton, Arizona on May 13,1934 to Quirino and Gienoveva Peña. He grew up in Clifton and attended Clifton High School where he was a well-known Trojan athlete, that’s where he met and married his high school sweetheart, Rachel, and was blessed with 64 years of marriage and five boys. Jesus made his home in Clifton and worked hard to support his family as a body man for a couple of years at the Chevrolet Garage and then was hired with Phelps Dodge Mining Corporation where he later became a well-known Track Maintenance Supervisor.

Jesus was always involved and a strong supporter of the scouting and youth sports in Clifton as his boys were growing up serving the community as a Scout leader, coaching Little League and Pop Warner Football teams and was a devoted Trojan Booster.

Jesus loved being in the outdoors hunting, fishing, and camping. He was a great fly fisherman and hunter in his day and loved spending his spare time with his family in the hills at the lake or river every chance he had.

After retirement from Phelps Dodge, Jesus moved the family to Safford and worked with the State of Arizona Department of Economic Security and several months for the auspices of Tucson Catholic Community Services agency. When the 1986 Immigration Reform and Control act was enacted, Jesus brought joy to many undocumented immigrant families around the Graham and Greenlee counties helping them with applications for legal status rights and getting their children in public schools to get the proper education. Jesus loved helping people throughout his life.

Jesus will always be a blessing to his family and friends and will be missed dearly and will never be forgotten. The Lord promises us a life after this one of no more death nor pain or sorrows and eternity with Him in Heaven. Someday we will all be reunited again in Heaven.

A Mass of Christian Burial for Mr. Peña will be celebrated Friday morning, September 6, 2019, at 11:00 a.m., at St. Rose of Lima Catholic Church by Rev. Nicodemus Shaghel. Committal will follow in the Safford Cemetery.