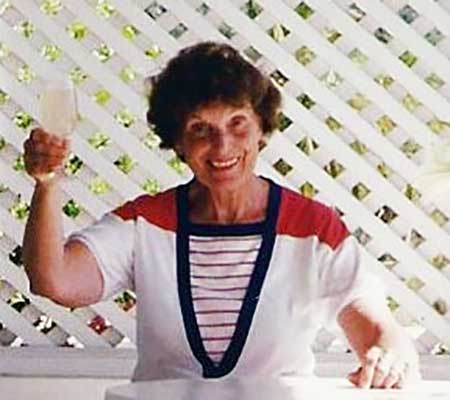 Blanche Therese Kelly (Couture), 95, of Safford, AZ passed away peacefully on Wednesday, September 4, 2019.  Born February 28, 1924 to George and Anna Couture in Central Falls, RI, Blanche (affectionately known as Terry) was a graduate of Brown University and established her career as a nurse.

She married Edward J. Kelly II of Pawtucket, RI in 1954, and relocated to Safford, AZ, where she raised her four children.  Terry was well known and loved among the families of Safford as she was the school nurse for the school district from 1972 until she retired in 1989.  She was a talented sketch artist, and true to her maiden name, an accomplished seamstress.  Terry’s first priority was always the care and well-being of her family.  Never one to put herself before others, she dedicated herself wholeheartedly to caring for her husband and children, and later as grandkids arrived, she savored being grandma. Known for her distinctive Rhode Island accent, all it would take for someone on the phone would be to hear a word or two, and they would respond “Oh hello Mrs. Kelly!”

Funeral services will start at St. Rose of Lima Catholic Church on Friday, September 13th with visitation at 9:00 a.m., Rosary and life story at 10:00 a.m. and Mass of Christian Burial from 11:00 a.m. to 12:00 p.m.  Burial will follow immediately at Safford Cemetery.

The family would like to thank those who have offered loving support, as well as the staff of Haven Health, where she resided for the past 2 years.