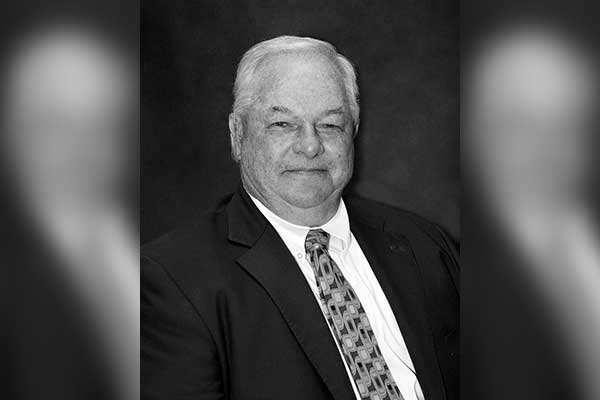 Jerald Leroy Kempton, known by family, friends, and his community as Jerry, was born July 8, 1943 on his grandparents’ farm in Safford, Arizona. He was welcomed into the family by his parents Calvin Leroy Kempton and Hermione Paula Root, and his siblings Janell and Kent.

Jerry was born into an agriculture family and loved farming as well as ranching. He farmed cotton, alfalfa, and wheat for over 55 years in the Lone Star area. He loved spending his childhood summers on the family cattle ranch in Wray, Colorado. He attended Safford schools, graduating from Safford High School in May of 1961. He was blessed with several lifelong friends from his school years, who lovingly served him in his last days.

Jerry was civic minded and cultivated a vested interest in the community by serving many years on the board of directors for Graham County Electric, Gila Valley Irrigation District, Farm Bureau, ASCS, and others. He was past president of the Safford School Board and continued to have a vested interest in local schools later on in life as four of his children also graduated from Safford schools.

Jerry always carried a zest for living. He worked hard and played hard. He started riding horses at age two, driving at age six, and had an airplane when he was 15. He loved flying and piloted for 34 years, building his own landing strip on his farm. His annual highlight was hunting with his nephews, “the boys,” as he called them. Immediately upon their return, he started planning for next year with new hunting and camping equipment. Despite being in a wheelchair, his beloved nephews made the arrangements to take him deer hunting this past November. Jerry was an expert shot and excelled at long range shooting. He also had a few favorite fishing stories from five trips to Alaska with Jack Willey. Jerry was also a legendary practical joker, with no family member exempt, and was blessed with an infectious laugh.

Jerry was a life-long member of the Church of Jesus Christ of Latter-day Saints. He previously served as a Bishop of Safford First Ward and enjoyed his time working with the youth. He could be counted on to sit in the back comer towards the door every Sunday and greeted everyone he came across.

After losing a hard and brave fight to Parkinson’s Disease and stroke recovery, Jerry was released from his struggles to join his parents, his brothers Kent and Gipp, and his children Wendy and Jerald Calvin. He is survived by: his wife Brenda; daughters, Ronda, Rebecka, Lisa, Katy, and Hannah; his sister, Janell Palmer; as well as his eight grandchildren; and four great grandchildren.

In honoring Jerry’s final wishes, a private graveside service will be held for family and close friends.

The family would like to send their heartfelt thanks to Legacy Home Health, Haven Home Health, and Arizona Family Hospice for their wonderful care and family support. We were so blessed to have cared for him at home with their guidance and help.