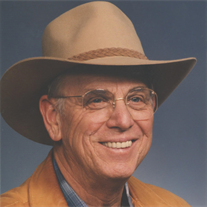 JJames Alton Moeller, 83, passed away suddenly, of natural causes, at his Thatcher home on Monday, February 29, 2016. Jim was born November 14, 1932, in Davenport, Iowa, to Alton and Wilma Moeller and spent his childhood in the nearby small town of Eldridge.

Jim was a talented engineer who earned two degrees in Chemical Engineering, a bachelor’s degree from Iowa State College (now Iowa State University) and a master’s degree from the University of New Mexico. After an Air Force assignment to White Sands Missile Range near Alamogordo, New Mexico, Jim decided to spend the rest of his life in the southwest and never returned to Iowa. He worked 13 years for Sandia Labs in Albuquerque where he helped construct the first nuclear reactor and participated in tests of nuclear weapons at the Nevada Test Site. During this time, he met the love of his life, Deanna, and spent the next 48 years concentrating on family life with her and their daughter, Karen.

In 1970, the family moved to Phoenix, Arizona, where they spent the next 28 years. Jim worked for M.M. Sundt Construction Company as a project engineer on many large projects including high rise buildings, water treatment plants and wastewater treatment plants. His leisure time was spent as a member of the Shrine Motor Patrol and then later as a member of the Gold Wing Road Riders Association (GWRRA) during which time he took many wonderful rides on his touring bike with Deanna riding behind him.

In 1998, Jim and Deanna relocated to their retirement destination in Thatcher. They built a home in Quail Ridge and started a chapter of GWRRA (Chapter G) which led them to other Gold Wing riders in the community who became good longtime friends. After designing and building a second home in Quail Ridge, Jim used his engineering skills one last time as a project engineer on the construction of the Dos Pobres/San Juan copper mine in 2006-7. Following the completion of that assignment, Jim and Deanna toured with their diesel truck and travel trailer, traveling 4,000 miles to the Pacific Northwest and the following year 6,000 miles to New England and the eastern United States.

Jim is survived by: his wife, Deanna; one daughter, Karen Christine Hertz of Queen Creek; his sister, Nancy Kays of McLean, Texas; his brother, Robert Moeller of El Paso, Texas; and numerous nieces and nephews on both sides of the family.

Jim will be remembered for his love of learning, his inquisitive mind and his desire to collect whatever was new in the electronic world. He is also remembered for his steadfast love for his family and friends. One of his strongest held beliefs is that this world was created by God in all its glory to be cared for and enjoyed.

A Celebration of Jim’s Life was conducted Friday March 4, 2016, at Vining Funeral Home’s “Chapel of the Valley,” by Pastor Glen Snider from the Shepherd of the Valley Presbyterian Church.